The markets have been extra volatile in recent weeks, but Matco Financial portfolio manager Anil Tahiliani isn’t shoring up extra cash for his clients, waiting for the skies to clear.

Instead, his firm continues to invest in what it views as “solid, good companies” poised to grow over the long term.

“Typically, we do well for clients at the early part of the economic cycle,” says Mr. Tahiliani, which he believes is where we’re at today, after the COVID-19 pandemic ravaged the global economy for most of 2020.

While earnings growth won’t be as impressive in the coming quarters as it has been so far in 2021, when compared with a year earlier, Mr. Tahiliani expects it to remain strong as the global economy continues to recover.

It’s why he’s sticking to his portfolio mix of about 95 per cent equities and 5 per cent cash.

“To us, you should still be invested in equities,” he says. “You’re getting high dividend yields and stronger economic growth in Canada, the U.S. and globally.”

Many investors also have little choice. “Equities are still the only game in town in order to meet inflation-adjusted returns and compared to bonds and other fixed-income products,” says Mr. Tahiliani, who oversees the Matco Canadian Equity Income Fund.

Some of the fund’s top holdings today include Constellation Software Inc., National Bank of Canada, Bank of Montreal, Canadian National Railway Co. and Dollarama Inc. The fund’s one-year return, after fees of 1 per cent, is 23.8 per cent as of Sept. 30.

Below are his three stock picks:

Mr. Tahiliani bought the Montreal-based transportation and logistics services provider’s stock about 18 months ago to add more industrial exposure to his portfolio and as a play on North America’s economic recovery.

“It ranked very highly in terms of the nine investment characteristics we look at,” he says, which include earnings growth, a high return on equity and steadily rising dividends.

“It’s really a dividend growth story,” he says of TFI. “People don’t think about that way, but the company has been increasing its dividend over the past few years.”

He also likes how acquisitive TFI has been lately, including the US$800-million acquisition of UPS Freight the company completed earlier this year.

“There are more tuck-in M&A [mergers and acquisitions] coming over the next year,” Mr. Tahiliani says.

TFI also reported second-quarter earnings that beat expectations and increased its guidance for the rest of 2021.

The stock has doubled over the past year and is currently trading around $129 on the Toronto Stock Exchange (TSX). It hit a record high of $146.78 in September.

Mr. Tahiliani’s firm bought shares in the giant auto-parts maker for its clients in March.

Magna is another dividend growth story and, in his view, has a strong and disciplined management team.

For instance, he points to Magna recently having been outbid by Qualcomm Inc. and investment firm SSW Partners to buy auto tech company Veoneer Inc. for US$4.5-billion.

“[Magna] could have paid up, but we’re glad it didn’t,” he says. “We still think there’s a lot of growth ahead for the company.”

While Magna’s bottom line – and stock price – has been affected by the semiconductor chip shortage as well as higher supply-chain costs, Mr. Tahiliani sees those issues as temporary.

Magna shares, currently trading at about $82 on the TSX, are down about 20 per cent from their record high of $104.28, reached in June. Still, the stock is up about 50 per cent over the past year.

Mr. Tahiliani describes Fairfax as “a unique play” – the company is a property and casualty insurer and a value investor.

“What you’re getting with Fairfax is an insurance company, plus a diversified investment portfolio that consists of public and private investments,” he says.

His firm purchased Fairfax shares in September, in part because of the company’s attractive valuation compared with its peers.

Fairfax is “capital disciplined,” Mr. Tahiliani says. “It doesn’t pay up for assets, whether it’s buying other insurance companies or making public or private investments. [The company] is more looking for either distressed assets or turnaround assets that are selling at a discount, and that they can come in and buy below intrinsic value.” 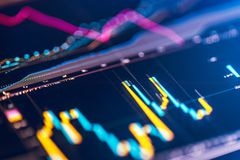 Having an executor or beneficiary in another country could have major tax implications
October 6, 2021 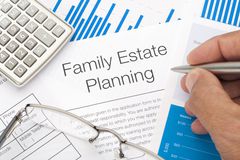 Why the 4-per-cent rule is too simplistic for modern retirement planning
September 30, 2021 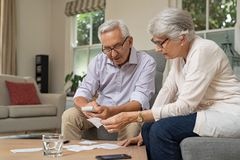