While many portfolio managers are taking a defensive stand amid concerns about slowing global growth, Irwin Michael’s team is positioning its funds for a longer market rally, even if stocks appear richly valued.

“We believe that we are presently in a secular bull market for equities,” says Mr. Michael, founder and president of Toronto-based I.A. Michael Investment Counsel Ltd., which has about $500-million in assets under management across three funds and three private investment pools.

“Equities, while not exactly dirt cheap, represent – in our opinion – good long-term value in the context of the present existing positive macro factors,” adds Mr. Michael, who runs the firm with his three millennial-aged sons – Ryan, Harlan and Brandon – who are research analysts.

He says some of those macro factors include record low-interest rates and continued monetary and fiscal stimulation, pent-up consumer spending, strong corporate earnings growth and “huge pools of excess cash liquidity” among consumers and businesses.

Mr. Michael acknowledges his team’s view goes against what many money managers are thinking today: “It’s defying conventional wisdom, which is how you make money in this market.”

The firm’s three funds – ABC American-Value Fund, ABC Fully Managed Fund and ABC Fundamental-Value Fund – have been fully invested with no cash or fixed-income holdings for the past 5½ years.

“Can it be stressful? You bet,” Mr. Michael says, but “we feel very strongly on the secular bull market. We want to stay long. And we think there’s more to go. We want to be there for our clients.”

His team’s investment philosophy has shifted over the past six years – a reflection of his sons’ influence – to focus on what it calls a “new value” approach. It means emphasis not only on conventional value investing metrics, such as earnings and cash flow, but also strong brands and a “powerful digital presence.”

“We favour names that are industry disruptors,” Mr. Michael says. “Not all of our clients recognized this growth potential at first … but we believed in it and we stuck with it.”

Investors have reaped the rewards: Last year, the ABC American-Value Fund was awarded a Refinitiv Lipper Fund Award for five-year North American Equity performance. The fund, which includes names such as Nvidia Corp., Apple Inc., Amazon.com Inc. and Microsoft Corp., has seen a total return of 31 per cent over the past year and has an annualized five-year return of 17 per cent as of July 31. The returns are net of management fees and fund expenses totalling 2 per cent.

Below are three stock picks from the firm that are held in all three ABC funds.

S&P Global is a pick for its various business units that provide credit ratings for corporations, governments, as well as data research, news and analytics.

“We believe it’s an excellent long-term investment due to its strong product offerings, limited competition and rapidly growing free-cash-flow generation,” Mr. Michael says. “If we are right on our thesis of an extended bull market, S&P Global is positioned well,” he says.

“We like it a lot,” he adds. “We believe this is an industry disrupter and very innovative.”

The company, spun off from pharmaceutical giant Pfizer Inc. in 2013, is a global leader in animal health care. It produces medications, vaccines and diagnostic products for both livestock and pets.

Mr. Michael’s firm is “exceptionally bullish” on the pet health care industry given its growth in recent years. He cites industry data showing Americans spent a record US$100-billion on their pets in 2020. (His family is part of that industry in Canada, with two dogs and two cats. “It’s amazing how much money we spend every month on food and medical care.”)

He says sales at Zoetis have grown at a compounded annual rate of more than 8 per cent over the past five years, and the company generates strong free cash flow, has been steadily increasing its dividend and recently raised its guidance.

The Michaels are very bullish on e-commerce giant Amazon, calling it “one of the cheapest new value stocks around.”

“It’s a very compelling investment,” Mr. Michael says, because it’s more than just e-commerce – an area that keeps growing – but also a cloud services provider with Amazon Web Services, which is a business with much higher margins.

“The company has excellent management, it’s free cash flowing and we don’t know what it’s going to diversify into next” through mergers and acquisitions, he says, adding that the US$13.7-billion acquisition of Whole Foods in 2017 was a welcome surprise.

“There’s nothing to stop it from making another acquisition completely outside of its normal business,” he says. “It’s almost like a venture capital bank, and it’s using its free cash flow to get stronger and stronger.”

Mr. Michael says Amazon is “one of our favourite stocks” and one of the firm’s largest positions. 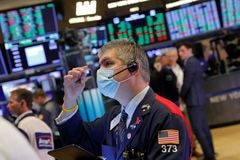 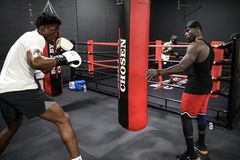 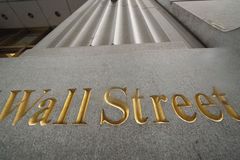