Investors should brace for more bumpy days ahead in the markets with the pending U.S. presidential election, a surge in COVID-19 cases and the usual October volatility, says Bruce Campbell, president and portfolio manager at StoneCastle Investment Management.

The possibility of a contested election, as threatened by GOP incumbent Donald Trump should he lose on Nov. 3, could extend that uncertainty. The good news, Mr. Campbell says, is that markets should settle down once we know who wins the White House.

Research shows that stock market returns over the long term aren’t dependent on which party is in office, he adds. And while COVID-19 is a concern, “markets don’t typically sell off for the same reason twice in a row."

Mr. Campbell, who oversees about $100-million in assets under management, is keeping his focus on sectors and stocks he expects to benefit from current economic trends in health care, cannabis and clean energy. Here are his picks in these areas:

Telemedicine is an area Mr. Campbell’s firm had exposure to before the pandemic pushed people to visit their doctors online instead of in-person for non-serious matters such as prescription refills. He believes both doctors and patients will want to keep meeting online postpandemic.

His picks include: Victoria-based CloudMD Software & Services Inc. (DOC-TSX-V), which he bought a year ago; Well Health Technologies Corp. (WELL-TSX) of Vancouver, owned since January, and Mississauga-based CB2 Insights Inc., which trades on the Canadian Securities Exchange (CSE) under the ticker symbol CBII, which he purchased in the last month.

Well Health owns physical and digital medical clinics and provides electronic medical record software services. It has been aggressively acquiring properties in these areas to expand its footprint. Mr. Campbell likes the strategy and the management team, including chief executive officer Hamed Shahbazi, who sold his previous company, Tio Networks Corp., to PayPal Holdings Inc. for $304-million in 2017. Well Health stock is up by about 450 per cent over the past year, as of Oct. 26.

CloudMD provides software-as-a-service (SaaS) to more than 370 medical clinics across Canada. Mr. Campbell also likes its growth plans. CloudMD shares are up more than 700 per cent over the past year.

CB2 Insights, a smaller company, and more focused on the United States than Canada, is shifting from its focus on medical cannabis clinics to more general health care services, which Mr. Campbell believes is promising. The stock is up more than 450 per cent over the past year.

Mr. Campbell was an early investor in the cannabis industry, long before legalization took effect in October, 2018. While he still owns some Canadian cannabis stocks, his focus has shifted to the U.S., where recreational cannabis legalization continues to advance.

Four states – New Jersey, Arizona, Montana and South Dakota – are putting the legalization of recreational cannabis legalization to voters next week. If approved, one in three Americans will live in a state or city where the recreational use of marijuana is legal.

Mr. Campbell says some U.S. jurisdictions are looking at cannabis as a way to draw in more revenues and create jobs, particularly after the economic fallout from COVID-19.

One stock he likes is Florida-based Jushi Holdings Inc. (JUSH-CSE). He’s owned the stock since June, 2018. The stock is up 132 per cent over the past year.

Another stock with similar opportunities is Bluma Wellness Inc. (BWEL-U-CSE), also based in Florida, which sells high-quality cannabis across a half dozen dispensaries in that state. The stock is down 50 per cent since it went public in June. Mr. Campbell has owned it for about three months and sees a rebound in the months ahead. “The valuation is attractive as far as market cap and sales,” he says.

Caveat: He warns investors that the cannabis sector continues to be volatile and the companies are relatively new with “lumpy” growth rates.

One pick is Vancouver-based Exro Technologies Inc. (XRO-CSE), which has a technology to give electric motors more torque and speed. The technology was first used for electric bikes and is now being tested for electric vehicles.

“They’re a ways away from being revenue- and EBITDA-positive,” he says, but believes the company could be landing large contracts in the not-too-distant future. (EBITDA stands for earnings before interest, taxes, depreciation and amortization.) He has owned the stock since January. Exro shares are up 85 per cent over the past year.

He also owns GreenPower Motor Co. Inc. (GPC-TSX-V), also headquartered in Vancouver, which makes electric vehicles, including commercial vans used as shuttle services and school buses. He says the company has a partnership to provide remote charging, which should make its products even more attractive to buyers and investors. GreenPower shares are down 20 per cent over the past month but have increased 480 per cent over the past year. He bought the stock in July.

Caveat: While sustainability stocks are hot these days, Mr. Campbell warns investors that many companies in the sector are relatively new and revenues could be inconsistent. 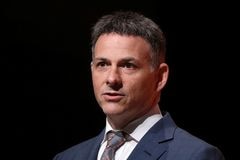 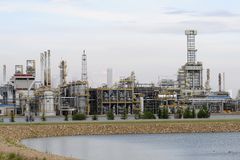