The condemned man is brought to the scaffold. Fitted with a noose, the trapdoor opened beneath him.

While capital punishment was banished in Canada, investors might be excused for thinking their portfolios were condemned because stocks fell through the floor in recent weeks.

The S&P 500 and S&P/TSX Composite Index are both in corrections. That is, they’ve fallen by more than 10 per cent from their highs. It’s hard not to be fearful on such occasions. After all, the downtrend might continue and grow into a crash like those experienced in 2000, 2008, or – gulp – 1929.

But the past provides some succour to investors because returns following months when the market was already in a correction have been pretty good.

To explore the issue, I used the database maintained by economist Robert Shiller of Yale University. Prof. Shiller tracks the returns of the S&P 500 (and its predecessor indexes) with monthly data stretching back to 1871.

The index’s total returns, including dividend reinvestment, have been positive over the long run. For instance, $1,000 invested at the market peak in 1929 grew to about $2.37-million by this December. (All of the returns herein are presented in U.S. dollar terms. They are not adjusted for inflation and do not include fund fees, trading frictions or taxes.)

With an eye to the downside, I calculated how much the index had fallen from its prior peak for each month over the period. You can see the result in the accompanying graph.

The crash of 1929 remains the most dramatic U.S. downturn on record. But there were numerous lesser bear markets (down by more than 20 per cent) and many corrections that resolved themselves in short order. Just by eyeballing the graph, you might guess correctly that buying in a correction can be quite profitable.

To be a little more rigorous, I looked at what happened 12 months after any monthly period in which the market had declined by 10 per cent or more from its prior peak. It turns out that the average return over the next 12 months from such periods was rather generous at 12.3 per cent. By way of comparison, the average 12-month return for the S&P 500 using all 12-month periods from 1871 to December, 2018, was 10.8 per cent. It paid to buy during downturns.

However, that average includes data from the start of a downturn when the index first fell 10 per cent through to it bottoming out and then on the round trip back up to the minus 10-per-cent mark again. For instance, the market entered correction territory (and quickly turned into a bear market) in the fall of 1987 and remained there until late 1988. For each month in that period, the return over the next 12 months was calculated and then the returns were averaged together. As a result, the average contains returns from the start of the correction through to the bargain levels at the bottom and back on up during the recovery.

Using data only from the month when the index first entered into a correction for each downturn results in a lower average return over the following 12 months of 4.7 per cent. That’s not nearly as good, but it’s also far from horrible.

If a similar pattern holds for 2019, one may expect modest but positive returns from the market. Naturally, there is a good deal of variation in the historical record and likely more to come in the future.

Stocks could decline next year and, alas, there is no way to rule out the possibility of a serious calamity.

But optimists will note that the stock market tends to pull out of corrections relatively quickly. The average correction lasted just 11 months, based on monthly data back to 1871. It didn’t require much patience to survive most of them.

Sure, the U.S. market sentenced investors to some frightening moments in the past, but it eventually offered a pardon to those who managed to hold on. 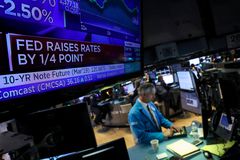 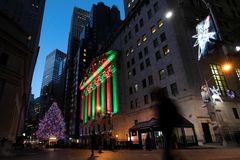 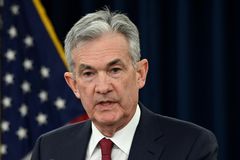