Markets threw a mini-tantrum after the U.S. Federal Reserve suggested last week that it was thinking about thinking about raising interest rates – not immediately, mind you, but maybe in a year or two.

Commentators rushed to describe the Fed’s shift as a hawkish turn, but it was more an acknowledgement of the obvious. The world’s most powerful central bank was effectively saying that rates cannot stay at rock bottom levels forever, especially if inflation proves to be more persistent than originally thought.

Investors shouldn’t panic. Rather than marking a sudden shift in policy, the Fed’s latest positioning seems like a natural evolution of central bankers’ attempts to nurse the global economy back to health.

One way to think of this is as a three-act play. The first act was the great panic that erupted when the pandemic hit just over a year ago.

That was followed by the great euphoria of the second act, as policy makers rushed to keep their economies afloat on oceans of new spending and assurances of near-zero interest rates as far as the eye could see.

Central bankers suddenly got woke. Tiff Macklem, governor of the Bank of Canada, and Jerome Powell, chair of the Fed, started talking about social goals like reducing inequality and building inclusive economies. For folks who normally discuss yield curves and similarly dry topics, the shift in attitude seemed revolutionary. It suggested the authorities were prepared to live with persistently higher inflation so long as it helped advance broader social goals.

Now comes the third act: a great sobering up. Central banks must attempt to, ever so gently, take away some of the extraordinary stimulus they delivered in the second stage and remind people that, while the social stuff matters, they haven’t forgotten their more traditional roles as inflation fighters.

Nineteen central banks around the world have raised interest rates so far this year, according to Bank of America. In Canada and the U.S., decision makers have yet to move, but are striving to prepare markets for what is to come.

In recent months, Mr. Macklem has opened the door to a rate hike as early as the second half of next year. In similar vein, James Bullard, president of the Federal Reserve Bank of St. Louis, indicated in an interview on Friday that the Fed could start hiking rates in late 2022 if the “inflationary impulse” continues to run stronger than expected.

The market’s dip last week demonstrated how hypersensitive investors are to such hints. Investors’ fears of a sudden shift back to central bank hawkishness are likely overdone, however.

Central banks are starting to mull rate increases largely because economies are healing from the pandemic faster than expected. This is fundamentally good news, even if it is accompanied by slightly higher interest rates.

“The big picture is that we expect the economy – and corporate earnings – to continue growing at a fairly rapid clip over the next few years, which should help offset the effect on the stock market of higher yields,” Thomas Mathews, markets economist at Capital Economics, wrote in a report. He expects the benchmark S&P 500 index to end this year slightly lower than it is now, but to eke out 4 per cent annual gains over the next couple of years.

Which stocks make the most sense in this scenario? Mr. Mathews suggests financial and industrial stocks are positioned to do better than the tech stocks that have dominated results in recent years.

Not only are tech shares now unusually expensive, but legislators in the U.S. are taking aim at the tech giants’ quasi-monopolies. In contrast, banks are far cheaper and well positioned to benefit from higher interest rates. Manufacturers should also get a boost from the economic recovery.

For her part, Lisa Shalett, chief investment officer at Morgan Stanley Wealth Management, continues to like the looks of value stocks – that is, stocks trading at low prices relative to fundamentals such as earnings. While value stocks enjoyed a burst of popularity earlier this year, they fell sharply after the Fed meeting last week, undermined by fears the central bank had taken an unexpectedly hawkish tilt.

Ms. Shalett doesn’t buy that interpretation and thinks “dazed and confused” investors should ignore last week’s “Fed fake” and stay away from extreme scenarios in either direction. “We believe the value trade is far from over,” she wrote in a report Monday.

The great unknown in all of this is how today’s suddenly woke central bankers will react if the current outburst of inflation persists. After the Great Financial Crisis, critics lambasted central banks for prematurely hiking rates before benefits of the postcrisis recovery could ripple through to lower paid workers. Policy makers appear determined to give today’s recovery more room to run. So long as they maintain that attitude, they are likely to move cautiously in reining in today’s exuberance. 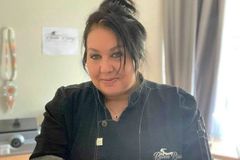 Investors bet Bank of Canada’s next cycle of rate hikes to be tougher than the past four
Subscriber content
June 20, 2021 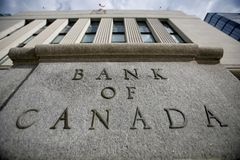 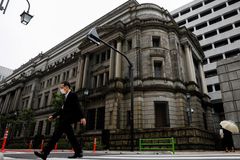 Amid rising inflation, should mortgage shoppers go fixed or variable? Maybe they don’t have to choose
Subscriber content
June 20, 2021 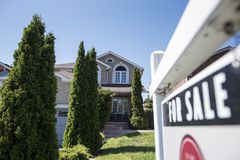