For U.S. Federal Reserve chairman Jerome Powell and other decision makers at the U.S. central bank, it’s choose-your-own-adventure time. Just as in the children’s books that allow you to shape your own plot, it’s possible for the guardians of monetary policy to see at least a couple of different narratives in the facts on hand.

In one, the U.S. recovery is coming up to its 10th birthday in remarkably good shape. Unemployment sits at half-century lows, the stock market is flirting with record highs and consumer spending is surging. Nothing to worry about here, folks.

In the other plot line, downbeat readings on manufacturing output are signaling a rapidly cooling economy. Plunging bond yields are shouting that investors want shelter and they want it now. All of that buttresses the case for the Fed to cut interest rates immediately, rather than wait for more evidence of trouble.

Which story does the Fed like most? We will find out on Wednesday when the central bank wraps up its two-day meeting. The market sees only a slender 23-per-cent chance of a rate cut. Instead, just about everyone expects the Fed to hold rates steady, but sound a more dovish tone as it readies markets for at least a couple of cuts in months to come.

This all sounds very measured and sensible. But nobody should be shocked if the Fed decides to jolt the market and go ahead with a surprise rate cut on Wednesday.

Why? The U.S. central bank has two big challenges right now. One is trying to decipher the true state of the economy. The other is figuring out how to make the most of its limited ammunition.

The latter is the more worrisome problem. During recessions, the Fed typically slashes interest rates by five percentage points to help goose economic growth and restore prosperity. At the moment, though, the key fed funds rate stands at a mere 2.5 per cent. This gives the Fed only half its usual room to lower rates before it hits zero. That is a very thin cushion.

If the U.S. economy hits a slump, the Fed will be capable of delivering only a half-measure of its typical assistance. Any downturn might linger and fester, resulting in what former U.S. treasury secretary Larry Summers calls Japanification – “a situation where interest rates are permanently pinned at zero and deflationary pressures take hold.”

The Fed has to avoid this. And the best way to do so is by using its powers aggressively and pre-emptively. If it waits for clear evidence of a downturn to emerge, it could find itself scrambling to catch up with a slowing economy.

The risks to cutting now seem limited. Inflation expectations have tumbled over the past couple of months and the Fed’s preferred measure of inflation now sits at only 1.6 per cent, significantly below the central bank’s 2-per-cent target. If the Fed were to cut rates on Wednesday, and the economy proved to be in better shape than some fear, inflation might jump – but that would arguably be a good thing.

To be sure, not everyone agrees with this analysis. One of the strongest reasons to expect the Fed to hold its fire is the prevailing uncertainty over global trade. Donald Trump sent stock markets soaring on Tuesday when he tweeted that he expected to have an “extended meeting” with Chinese President Xi Jinping at the Group of 20 summit in Osaka, Japan, June 28-29.

Fed policymakers will want to wait until after the Group of 20 summit to assess the economic outlook, argues Greg Valliere, chief U.S. policy strategist at AGF Investments. “The Fed would be reluctant to take any action until that meeting is concluded and we see what comes out of it,” he said.

Perhaps so. But it is difficult to ignore the warning signs of stress in the U.S. economy. On Monday, a gauge of manufacturing activity in New York State suffered its largest one-month drop on record, while analysts at J.P. Morgan Chase said the chances of a U.S. recession in 2020 had jumped to 45 per cent. If the Fed has to choose its own adventure in this uncertain climate, cutting rates sooner rather than later makes a lot of sense. 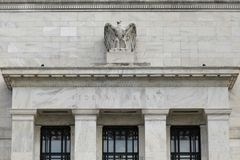 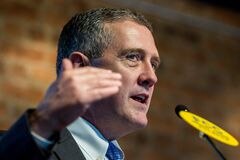 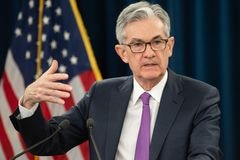