The utilities sector picked an odd time to shine, with Canadian stocks having their best calendar year in a decade.

Companies that generate power and distribute natural gas are typically prized by investors during times of financial or economic distress, when defensive stocks tend to hold their value better than the overall market.

And yet, in a year that has seen the S&P/TSX Composite Index ride a global rally in stocks to record highs, the S&P/TSX Capped Utilities Index sits close to the top of the leaderboard, with a sizzling 32-per-cent gain year to date.

“It's been the perfect storm for utilities to move higher,” said Jason Mann, chief investment officer of Toronto-based Edgehill Partners, citing lower bond yields and demand for safety as the sector’s key catalysts.

The spike in popularity of utilities stocks, however, is now starkly reflected in valuations, which are at record highs by some measures.

“It's going to be quite a while before utilities end up on the buy side of our list, because they're just so overvalued,” Mr. Mann said.

The world’s central bankers set the stage for the rally in defensive stocks with a synchronized jolt of monetary stimulus, which drove down the yields on longer-term government bonds.

The Government of Canada 10-year benchmark yield, for example, fell to as low as 1.1 per cent in August, making the average dividend yield in the Canadian utilities sector look positively lucrative at more than 4 per cent.

“Utilities are defensive for a reason,” said Jamie Murray, head of research at Murray Wealth Group. “Especially in the regulated utilities, those cash flows are pretty protected from any sort of economic or market activity.”

The last time the sector beat the overall Canadian stock market by anywhere close to this year’s margin was in 2011, when the European sovereign-debt crisis sent markets tumbling globally.

In the brutal corrections of 2000-01 and 2008, Canadian utilities also handily outperformed the TSX.

In each of those episodes, the common element was a bear market in which the utilities sector was less severely punished than the benchmark index.

This time around, the demand for anything resembling a bond has pushed the average valuation of Canadian utilities up to about 13.6 times, when looking at the ratio of enterprise value to EBITDA. “That’s as high as you’ll find going back to any time period,” Mr. Mann said. (EBITDA stands for earnings before interest, taxes, depreciation and amortization.)

Even as Canadian bond yields have inched higher over the past few months, utilities have kept pace with the overall stock market. So far, there are no signs the market is losing its appetite for yield.

“For the Canadian investor, it still makes sense to own a company like Fortis or Hydro One, versus a 10-year government bond yielding 1.5 per cent,” Mr. Murray said.

And there are good reasons to think the sector could continue to run, despite already being richly priced.

The Bank of Canada could be due for another rate cut within the next six months or so, which could put renewed downward pressure on bond yields.

Canada’s policy rates have been left in place this year amid a global wave of rate cuts, making some domestic loosening possible to counter slowing growth.

Additionally, while many investors sell their losers at this time of year to offset capital gains taxes, there isn’t a single Canadian utility in negative territory on the year within the S&P/TSX. The worst performer is Fortis Inc., which is up by 14.4 per cent year to date. Brookfield Renewable Partners LP is this year’s top gainer with a 75.3-per-cent advance in share price.

“You need a sustained move upwards in interest rates to really get people to dump their defensive holdings. And for that, we need to see evidence of economic growth,” Mr. Mann said. 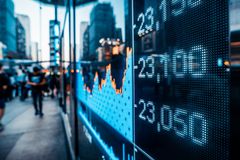 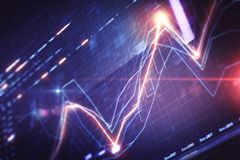