Investors searching for shelter from a turbulent financial market may want to take a fresh look at value stocks.

These shares, which trade at low prices compared with their underlying sales and earnings, have not been a great buy in recent years. With the exception of a brief burst earlier this year, value strategies have lagged behind the broad market for much of the past decade.

But right now they may be just what nervous investors need. At a time when most financial assets are extravagantly priced, value stocks can at least offer the consolation of being relatively cheap. Their bargain prices suggest they have less room to fall than other stocks if times turn tough and more room to climb if circumstances keep on improving.

This doesn’t mean value stocks are invulnerable, but it does mean they don’t raise immediate alarms. Compared with many other investing options, that is saying a lot.

Bonds, for instance, look downright scary. In Canada and the U.S., 10-year government bonds are yielding a stingy 1.2 per cent and 1.28 per cent, respectively. Once you adjust for the corrosive effect of inflation (now running at 3.6 per cent in Canada), the real yield is actually negative.

This is not the usual state of affairs. Real yields on long-term government bonds typically fall into negative territory only during moments of panic – as in the early stages of the pandemic last year. Yet real yields on 10-year Canada bonds are now more negative than at any time since inflation and oil crises were ripping through the economy in the mid-1970s.

You can attempt to explain today’s ultralow real yields in many ways. Maybe the sub-zero payoffs reflect growing worry about the economic recovery (although that seems rather far-fetched given generally robust readings on jobs, growth and earnings). Or maybe the negative real yields demonstrate more technical factors are at play (an influx of foreign buyers, for instance, or central bank buying, or the looming war in the U.S. Congress over Washington’s debt ceiling).

Whatever story you settle on, though, one thing is clear – bonds are offering investors a miserable deal these days.

Stocks hold more potential. In most cases, shares pay more in dividends than long-term bonds pay in yield. Plus, you stand to benefit from their future growth in sales and earnings.

The problem is that everyone else also realizes this. Stocks have become expensive, especially in the huge U.S. market.

One useful gauge is CAPE, the cyclically adjusted price-to-earnings ratio. It measures the market’s current price in comparison to its average annual real earnings over the past decade. The CAPE for U.S. stocks is now nudging 40, not far from the record peaks it reached during the looniest moments of the dot-com bubble in the 1990s.

To be sure, you have to take this reading with a grain of salt. CAPE has historically flopped at signalling when you should get out of the market. Expensive markets have a nasty habit of going on to get even more expensive.

However, CAPE has been a superb guide to what investors should expect from their portfolios over the long haul. At any given moment over the past few decades, the ratio has predicted with considerable accuracy the returns on the benchmark S&P 500 over the subsequent 10-year period, according to research by Michael Finke, a professor at the American College of Financial Services. If you buy when CAPE is high, your results over the following decade tend to fizzle; if you buy when CAPE is low, your returns are usually much better.

At today’s CAPE reading, the expected return of the S&P 500 over the next decade is … a big fat zero. That may be slightly better than the negative expected returns on bonds, but it is not exactly reason for rejoicing.

“We think the risk-reward for equities on a six-month basis is skewed negative,” Man Group analysts wrote this week. The London-based money manager’s market-timing model is now blinking red and indicates only a 20-per-cent chance of stocks advancing over the coming half-year. Similar readings in the past have typically gone along with a market fall of about 9 per cent.

The crew at Capital Economics makes a similar case, arguing that stocks are likely to make only small gains over the next couple of years. “A lot of good news about growth in developed markets now seems to be baked into the cake, leaving scope for disappointment if something goes awry,” they wrote this week.

So what is an investor to do? One thought is to tilt away from the United States. Valuations in other countries – including Canada – are noticeably cheaper than in the U.S.

An even better idea may be to embrace value. “The valuation spread between global value and growth remains at some of the widest levels we have seen in our careers,” the allocation team at GMO LLC in Boston wrote this week.

Investors who want broad exposure to value may want to look at exchange-traded funds such as Vanguard Canada’s Global Value Factor ETF (VVL) or iShares MSCI USA Value Factor Index ETF (XVLU) or its Canadian counterpart (XCV). In a world full of expensive assets, they are at least relatively cheap. 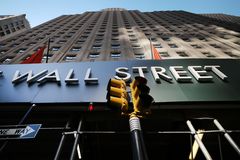 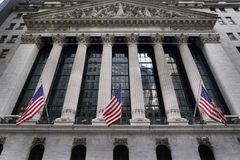 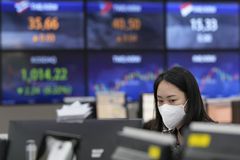