The cost of trading stocks online is less than $10 a transaction, but even that sounds expensive when compared with the deal offered by an aggressive new competitor.

Wealthsimple Trade has been offering free stock trades since March. There are many catches – the firm offers only non-registered accounts right now, U.S.-dollar accounts are unavailable and there are no tools for choosing stocks and monitoring your portfolio performance. But in an industry that hasn’t seen any serious competition on commissions fees in years, free is big.

Wealthsimple Trade isn’t just cheap – it’s also an innovator in delivering its service through an app for mobile devices and not a website you access via computer. Millennial investors are all about mobile apps, an area of weakness for the big players in the online brokerage business.

With 25,000 users, Wealthsimple Trade isn’t close to challenging the traditional online brokerage business. But it’s worth keeping your eye on this upstart and maybe testing what it has to offer. Its parent company is Wealthsimple, which dominates the robo-advisory business in Canada with assets of $4.3-billion as of the end of March.

So far, Wealthsimple Trade is more of a clever gimmick than a useful investing tool. You can download the app and get an account set up in minutes with zero paperwork. Funding your account via transfer from a chequing account takes three days. After that, you’re free to buy and sell Canadian and U.S. stocks and exchange-traded funds at no cost.

This is true no-frills investing, however. Stock quotes are delayed by 15 minutes and not in real time, which is what traditional online brokers typically offer. There are only the most rudimentary charts and nothing of note for researching stocks or evaluating whether your portfolio as a whole is doing better than the kind of low-cost ETF approach Wealthsimple uses for its robo-advisory clients.

The average age of Wealthsimple Trade clients is 31, said Rachael Factor, director of communications at Wealthsimple. “The demographic is primarily casual traders who manage a portion of their portfolio, but have investments elsewhere as well,” she said. Half of the Trade client base has a robo-adviser account with Wealthsimple.

What are Wealthsimple Trade clients buying? “Cannabis has been a pretty consistent trend since launch,” Ms. Factor said. “New issues have been quite popular lately. I just checked and Beyond Meat, Uber and Lyft are in the Top 30 most frequently traded stocks. Also, the big popular stocks that you’d expect to see on a list like that – Apple, GE, Tesla, TD Bank – things like that.”

A lot of this sounds like swinging for investing home runs, which means a lot of strikeouts. A sounder approach would be to have a portfolio of low-cost ETFs, like the ones Wealthsimple and other robo-advisers build.

And yet, there’s something admirably pioneering about Wealthsimple Trade. Given time and money, it might develop into something capable of challenging both the pricing and services offered by more established brokers.

Virtual Brokers and Questrade charge one cent a share with a minimum of $1.99 at Virtual Brokers and $4.95 at Questrade. Bank-owned firms typically charge a flat rate of just under $10 – one exception is CIBC Investor’s Edge, which charges a flat fee of $6.95.

Virtual Brokers reports that its clients make 20 to 30 trades every year and the average number of shares involved is around 200. A low-cost broker such as VB might not face pricing pressure from Wealthsimple Trade, but a bank-owned firm could. Twenty-five trades a year at $10 each is $250, which shaves 0.5 of a percentage point off the return on a $50,000 portfolio.

Commissions are actually a declining source of revenue for online brokers in Canada, shows a recent report from Strategic Insight, an investment industry research firm. Commissions accounted for just over half of revenue in the fourth quarter of 2008 and just over 29 per cent in the final three months of 2018.

Wealthsimple Trade makes money in two ways – from interest earned on the cash balances sitting in client accounts and from converting clients’ money from Canadian dollars into U.S. dollars, and vice versa. The lack of U.S.-dollar accounts is a particular drawback at Wealthsimple Trade. If clients invest in U.S. stocks, proceeds from the sale of these shares and dividends are automatically converted back to Canadian dollars. In a U.S.-dollar account, these funds could remain in U.S. dollars and avoid conversion fees.

In the U.S. market, zero-commission trading apps such as Robinhood are a small but increasing part of the market. “They definitely have made a splash,” said Mike Foy, senior director of the wealth management practice at J.D. Power.

Robinhood’s business model points the way for Wealthsimple Trade to generate additional revenues in the future. For US$5 a month, Robinhood Gold offers research reports, margin trading (buying stocks with borrowed money) and quicker access to money you deposit in your account.

Even with its barebones trading platform, Wealthsimple Trade still has one advantage over many competitors through its mobile app. While it doesn’t yet do a heck of a lot, the app’s clean look and ease of use is what you’d expect from a venture by a company that is a leader in Canadian financial technology, or fintech.

Mr. Foy said mobile apps are a weak spot for many traditional brokers – text-heavy, dense with information and lacking in an intuitive interface. This makes these brokers vulnerable to losing millennial clients. J.D. Power’s 2019 Canada Self-Directed Investor Satisfaction Study says that among users of mobile brokerage apps, 80 per cent of millennials who placed a trade order used their phone, compared with 47 per cent of boomers.

It’s no surprise, then, that 27 per cent of millennial clients who participated in the satisfaction study said they are thinking of switching brokers in the next 12 months.

Wealthsimple Trade in its current form won’t pick up many of these millennial investors, nor should it. It’s just a limited trading platform right now, not a place to do the investing that helps you meet your life’s financial goals.

What Wealthsimple Trade does offer is the potential to disrupt a Canadian online brokerage sector that in many cases looks stale. Fresh competition on fees and mobile apps is most welcome.

Typical commissions: Just under $10 for every trade to clients with assets of $100,000 or more and around $29 to those with smaller accounts

Outlier: Questrade charged a penny a share with a $4.95 minimum 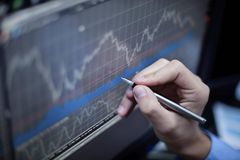 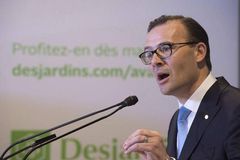