It was a wild week on the markets and a painful reminder for investors of the stomach-churning feeling of watching the value of a portfolio drop in a matter of minutes. For some professional investors, the selloff was a chance to pick up stocks at a cheaper price, while others did nothing, trying to remain focused on long-term performance. The Globe asked a handful of portfolio managers how they reacted to the latest bout of volatility and what they think could happen next:

Mr. Jerusalim says this week’s market correction “felt fast and furious, but so far it is still of the plain-vanilla variety,” given that there was no major shock to drive a severe correction.

“Equity markets, specifically in the United States, had gotten ahead of themselves, and the pullback brings valuations more in line with the decent fundamentals of the economy,” he says. “Further earnings growth will have to be the driver for further stock price appreciation.”

Mr. Jerusalim has a positive outlook for the North American economy and is buying more high-quality companies whose stock prices he says were “unfairly punished almost as much as their expensive peers with inferior prospects.” Examples include bus manufacturer NFI Group Inc. and specialty foods company Premium Brands Holdings Corporation.

He has also been repatriating funds that were allocated to foreign holdings back to Canadian equities. “Canadian benchmarks are trading at a much steeper valuation discount relative to U.S. benchmarks despite clearing some rather large hurdles with respect to trade, infrastructure and energy exports,” he says.

“Pick your spots with names that you may have liked but were looking for better entry points,” he says.

Mr. Imhof is adding to positions that have recently reported strong quarters that have sold off with the rest of the market.

One example is Parex Resources Inc., which he says recently reported strong production numbers and some encouraging exploration results. “The company is presently in a strategic review process to possibly sell the company with an outcome before year-end,” he says. “I believe the risk/reward looks attractive whether the company gets taken out or remains on its own.”

He also bought more Canadian Pacific Railway Limited, which recently raised its 2018 full-year outlook and provided preliminary third-quarter results that were well ahead of consensus. “The stock sold off back to levels that preceded their upward guidance,” Mr. Imhof says. “I believe this presents investors with a buying opportunity on a company that will put up strong earnings growth in 2018 and 2019.”

Ms. Radman is about 30 per cent cash in her Canadian portfolio right now, and hasn’t moved to invest that money despite the market pullback. “We have a methodical investment process that focuses more on company-specific catalysts,” she says.

“Another 10 per cent down and we would move in for a recovery,” he says, adding that his team favours Canadian and emerging market equities compared to those in the U.S. and international.

Mr. Bourdon says investors should expect more volatility in what he calls the “new normal” environment of reduced central bank intervention, rising interest rates, and a “temperamental political backdrop … particularly in these later stages of the business cycle.”

He said his investment team would continue to monitor market levels “and would use an extended period of weakness as an opportunity to increase our equity exposure at more attractive levels in anticipation of a late-year relief rally.”

“We’ve been able to shift our portfolio to higher-quality names as they came back to a valuation we deemed attractive,” he says. “The end result has been a shift in the portfolio towards quality and a significant decrease in the cash levels of our funds to below 5 per cent, about as low as we’ve ever been.”

Robert Sneddon, president and chief portfolio manager at CastleMoore Inc., says his team is doing some buying on the dip, which is a normal part of their strategy.

“We had portfolio changes coming up that we simply delayed because of the volatility. We did some adjustments on Thursday and will do more on Friday that allowed us to take advantage of lower prices for buys (broad market indices, base metals) and higher prices for sells (some gold and gold producers, natural gas),” he says.

“It’s our job to comfort clients when they happen and remind them that investing is a marathon and not a sprint,” he said, while cautioning that investors who try to predict short-term moves and corrections “invariably do worse in the long-term than those who accept market volatility and adhere to their strategic asset mix and long-term plan.”

When it comes to equity, he believes in owning pieces of great businesses for the long term. “As long as we think businesses like Visa, Google and Starbucks will be bigger and more profitable 3, 5 and 10 years down the road, we are confident that they will also be more valuable,” Mr. Leith says. “The only caveat to that conviction that would change our view is excessive valuation. Contrary to what some of the naysayers say, we simply don’t believe that is the case today. The high-quality businesses that our clients own are reasonably priced relative to their growth prospects.”

Cameron Hurst, chief investment officer and portfolio manager at Equium Capital Management Inc., says he’s been selling on the recent market drop, but added to short-duration U.S. bond exposure. “It’s actually paying more than 2 per cent now, where before you didn’t earn anything,” he said.

His firm’s cash levels have been rising since mid-September, closing the month at 13 per cent and climbing to about 20 per cent today.

“For some time now, we’ve been highlighting the significant and growing risks from receding global liquidity, the negative effects of which are best seen in emerging markets,” Mr. Hurst says. “Tariffs and trade wars are only compounding the problem and now it looks like we’re seeing downward revisions to global growth.”

He also says higher debt levels are another sign of a stressed market.

"Investors should be preparing for a period of more modest investment returns and not chasing high-fliers with unnecessary risks, e.g. semiconductors or cannabis.”

Jason Del Vicario, a portfolio manager and investment adviser at HollisWealth, a division of Industrial Alliance Securities Inc., has a strict stop-loss approach to his investing strategy. He says a number of stops were triggered this week, which caused them to sell on the market drop.

"This has raised our cash levels to nearly 25 per cent in our model portfolios up from 15 per cent," he says.

“I have no idea if this is the beginning of the next bear market but I think it’s safe to assume we are closer to the next recession than we are removed from the last and we’re happy to de-risk and wait to see how things progress from here.”

Ryan Lewenza, senior vice-president and portfolio manager at Turner Investments, says he’s been buying on the sell-off, which was blamed on a spike in bond yields. “In the near-term, I see a pullback in rates which could lead to a stabilization in the equity markets,” he says.

The U.S. mid-term election is also adding uncertainty to the markets. Mr. Lewenza calculated quarterly performance for the S&P 500 in all years and in mid-term election years and found declines on average of one per cent in the third quarter, followed by a strong rally of about 7.7 per cent in the fourth quarter. "This reason for this is uncertainty is removed on Nov. 6 and markets typically rally. So we have two positive seasonal trends fast approaching for the equity markets, one factor why I believe we bottom soon and rally into year-end," he says.

Overall, he believes the U.S. and global economy remain healthy "with little signs of recession" and notes corporate profits are very strong, which should support stocks. "Technically, markets are oversold which should set us up for a year-end rally, given the fast-approaching positive seasonal trends," he says.

On the latest sell-off, his team has been adding to its Canadian equities, in particular, “beaten up dividend-paying stocks,” while in the U.S. they’re adding to large-caps names as well as positions in Europe and emerging markets.

Why the bull market isn’t over yet Subscriber content
October 12, 2018 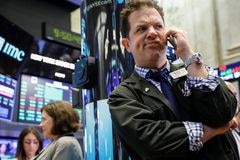 The close: TSX bounces back as global sell-off eases
October 12, 2018 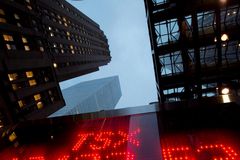