The pandemic is pummelling much of Canada’s retail sector, but Leon’s Furniture Ltd. is one of the rare companies thriving in this harrowing landscape – and investors who stood by the company through the early carnage are now getting a special treat for their support.

The retailer, whose banners include Leon’s and The Brick, announced Tuesday it will pay a special dividend of 30 cents a share. The company will also increase its regular quarterly dividend by 2 cents to 16 cents a share, restoring it to prepandemic levels after a cut in May.

While the one-time payout could arguably be tied to this week’s strong third-quarter results, notably the retailer’s 4.5 per cent same-store sales growth year-over-year, the quarterly dividend hike suggests management is quite comfortable with the company’s standing, despite all that’s going on in the world.

“We feel like we’ve got a good enough cushion to get through any future economy,” chief executive officer Edward Leon said in an interview. The company has built a sizable reserve of cash and liquid investments worth $464-million, and it has also been focused on cutting costs.

Such confidence convinced investors to send Leon’s shares to a record intraday high of $20.19 on Wednesday, marking a dramatic rebound after the stock fell as far as $10.25 a share in the spring. Shares closed at $19.90 Wednesday.

It’s a sharp rebound from the terror felt early this year. “We weren’t sleeping for fear of what the market might look like,” Mr. Leon said. In late March, the company temporarily laid off 3,900 employees, roughly half of its staff.

But as Canada reopened, customers came roaring back. The company reported record third-quarter revenue of $631-million, up 4.9 per cent from a year earlier, while profit climbed 48 per cent to $49-million. Leon’s staffing is back to 95 per cent of its prepandemic levels, with only a few stores in select markets operating at reduced schedules. The company said it continued to pay employee benefits to anyone who was temporarily laid off earlier this year, which cost millions of dollars.

“We’re all in the same boat of spending a lot more time at home,” Mr. Leon said, explaining the company’s revenue surge. Anyone thinking about upgrading their couch, or their TV, is more likely to do so if they’re using them every single day, he added. “I think it’s human nature.”

Leon’s does not break out its sales in physical stores versus those made online, but digital orders jumped 235 per cent from the second quarter and the company has invested in upgrading its digital offerings because customers have shown they are willing to purchase big-ticket items online. Mr. Leon said Wayfair’s average online order is close to $400, while Leon’s is around $1,000.

E-commerce likely accounts for 10 per cent of Leon’s overall sales, according to BMO Nesbitt Burns analyst Stephen MacLeod, up from between 4 per cent and 5 per cent before the pandemic.

While Leon’s same-store sales growth is encouraging, CIBC World Markets analyst Matt Bank noted that it might be even better than reported because revenue is only recognized when deliveries are made, and there are some supply chain delays. “Customer deposits accumulated due to significant sales orders booked but not delivered,” he wrote in a note to clients, adding that he expects “a modest revenue acceleration in [the fourth quarter].”

Even if sales ultimately slow, particularly if Canada endures a second shutdown, Leon’s has ample financial flexibility, BMO’s Mr. MacLeod wrote in a note to clients. The Leon’s chain owns most of its real estate, which means the parent company is its landlord, the retailer’s debt levels are manageable and its e-commerce platform will help bring in revenue. 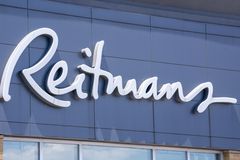 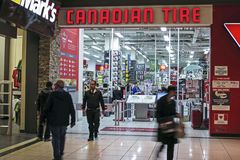