U.S. politicians should be singing Stayin’ Alive by the Bee Gees as the weight of 1970s-style inflation threatens to send them to the unemployment line.

You can tell by the way the economy walks that it’s in need of help. It was revealed last Thursday that U.S. GDP fell at an annual rate of 0.9 per cent in the second quarter and that came after a 1.6 per cent decline in the first quarter.

(The second quarter figure is an “advance” estimate that’s subject to revision as more data come in.)

Two quarters of negative GDP growth is the classic indicator of a recession. But many U.S. politicians are singing a song to the contrary as they face midterm elections while hoping against hope their careers will be stayin’ alive.

The near-term doesn’t look good because the U.S. Federal Reserve continued to tighten last Wednesday when it boosted its benchmark rate range by 75 basis points to between 2.25 per cent and 2.5 per cent. The Bank of Canada’s target is already at 2.5 per cent.

Both are woefully below the year-over-year inflation rates, which were last seen rocketing up 9.1 per cent in the U.S. and 8.1 per cent in Canada.

The U.S. Federal Reserve under Paul Volcker had to boost rates north of 19 per cent to tame inflation after it neared 15 per cent in 1980.

Imagine what would happen if the central banks boosted rates four percentage points higher than inflation today. We’d have to give the economy CPR to the beat of the Bee Gees to try to resuscitate it. 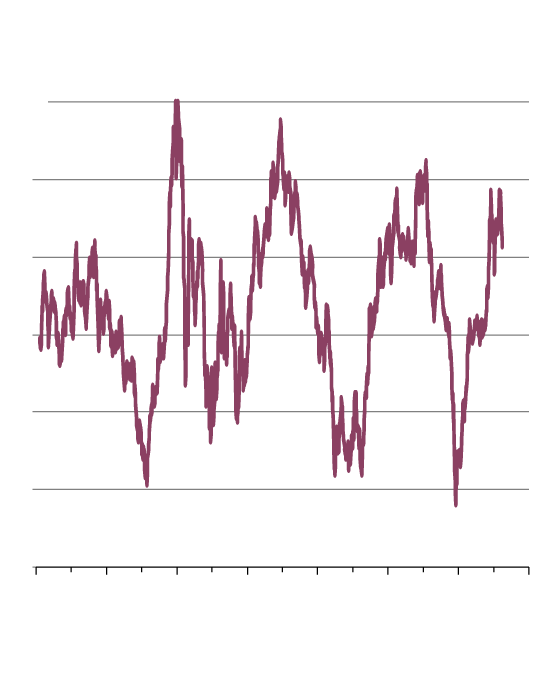 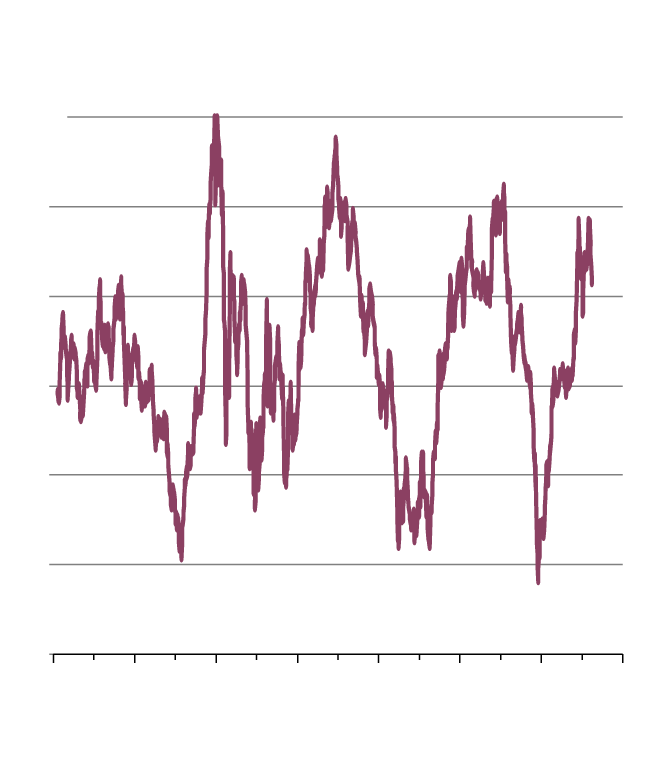 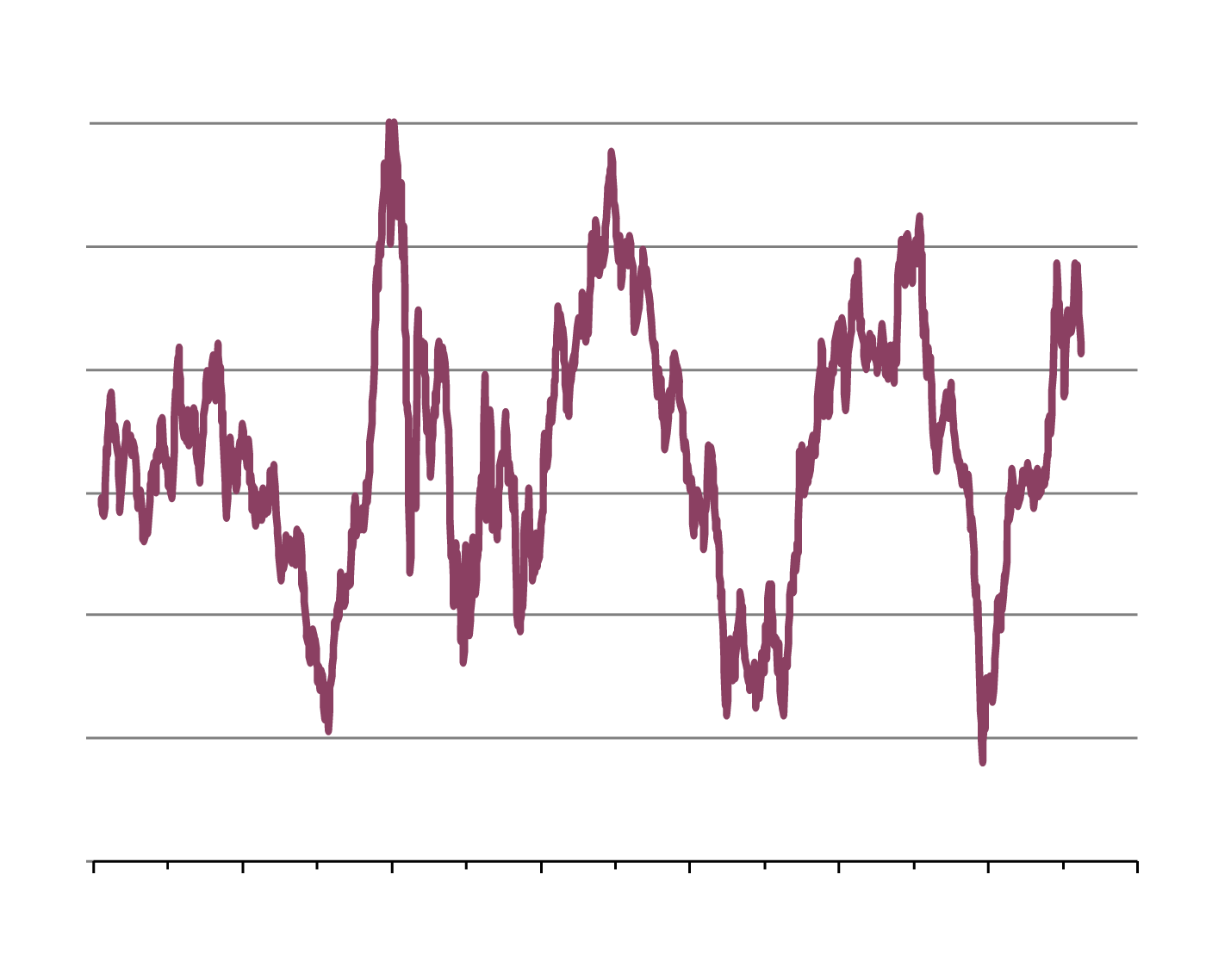 It’s useful to turn to market history as the economy dances on the brink to see what might be in store for long-term investors. The accompanying graph highlights both the good and bad times. It shows rolling 10-year real total returns for the S&P 500 using monthly data from Robert Shiller, a Yale professor of economics. Each point on the graph represents the average annual return of the index over the following 10 years including dividend reinvestment and adjusting for inflation.

Investors enjoyed positive real returns roughly 88 per cent of the time from 1881 to June, 2012. There were only a few periods – the other 12 per cent of months – when they suffered losses over the following 10 years. On average, the market generated annual returns of 6.6 per cent over the rolling 10-year periods.

Broadly speaking, there were five stretches when investors went on to lose money over the following 10 years.

The first was the span from mid 1908 to late 1912 when returns over the subsequent decade were negative thanks largely to the impact of the First World War.

Next up was the crash that followed the boom of the 1920s when subsequent 10-year returns turned negative close to the peak in 1929.

Not only did the bubble burst in 1929 as the economy slid into a depression but the decade was bookended by the start of the Second World War.

Similarly, there were brief periods of buoyancy in 1936 and 1937 that generated negative returns over the following decade that included the war years.

The biggest stretch of bad news was dished out to investors who jumped into stocks from early 1964 through early 1973. The following decade generated bruising returns owing to the crash of 1973 and rampant inflation. Those who invested in 1973 also suffered from the 1982 crash after Mr. Volcker pushed rates above 19 per cent in 1981 to quell inflation.

Most recently, the Internet bubble peaked in 2000 and the market was down 10 years later after the financial crisis of 2008 compounded matters.

Given the recent surge in inflation, it’s hard to not make comparisons to the 1970s. The recent tech tumble also adds a little whiff of the internet bubble to the mix.

I’d be more sanguine about the market’s chances if it wasn’t trading at lofty levels as measured by Prof. Shiller’s cyclically adjusted price-to-earnings ratio, or CAPE. (The ratio compares the market’s price to its inflation-adjusted earnings over the prior 10 years.)

The market would have to fall about 44 per cent for it to merely return to its average level without a big surge in real earnings, which seems unlikely in recessionary times.

So, dust off the tunes from the 1970s while hoping inflation wilts in the face of modest rate hikes and the downturn proves to be brief. May your portfolio stay alive until the good times return.