Donald Trump may be no scholar of economics, but he is a genius at spotting a good scapegoat.

On Monday, the U.S. President tweeted his outrage at the thought of the Federal Reserve raising interest rates at its meeting this week.

“It is incredible that with a very strong dollar and virtually no inflation, the outside world blowing up around us, Paris is burning and China way down, the Fed is even considering yet another interest rate hike,” he wrote. “Take the Victory!”

Mr. Trump’s unsolicited advice is the last thing Fed chairman Jerome Powell needs at this point. He is already facing an army of worriers as he attempts to fine-tune interest rates against a backdrop of tumbling stocks and a slowing global economy.

Now, he is in an even tougher position: If he decides to refrain from raising rates on Wednesday, he will be seen as caving in to political pressure – exactly the opposite of what the Fed was designed to do. However, if he goes ahead and bumps rates marginally higher, as the market expects, he will be blamed by Mr. Trump and his base for anything bad that follows.

It is a no-win situation. And it is even more galling because Mr. Trump is in the wrong – not just because he is breaking with the tradition that says U.S. presidents don’t meddle with the Fed, but because he is undermining faith in the Fed at a time when confidence is badly needed.

The case for a rate hike on Wednesday is strong. The U.S. economy is now booming, with output expanding at a 3.5-per-cent annual clip and unemployment at its lowest level since the 1960s. Yet, interest rates are still low by historical standards.

In the eyes of most central bankers, this combination constitutes the classic recipe for inflation to come. The normal response would be to hike rates to reduce growth and quell inflationary pressure. The Fed would seem to have room to do so.

If, as expected, the central bank boosts its trend-setting federal funds rate by a quarter of a percentage point on Wednesday, the benchmark will still stand at just 2.25 per cent to 2.5 per cent. This is just a fraction of a percentage point above the rate of core inflation. The real fed funds rate – that is, the rate after deducting inflation – will be barely above zero. This would appear tough only by the ultralow standards that have prevailed since the financial crisis.

Financial conditions are likely to remain loose, judging from the Financial Stress Index maintained by the Federal Reserve Bank of St. Louis. The index uses a wide variety of indicators to measure the degree of stress in financial markets. Any reading below zero indicates low levels of financial stress, with easy access to loans and well-functioning credit markets.

The gauge has been below zero since 2010 and continues to be well below the line that would indicate even modest levels of financial stress. By that measure, the Fed has significant room to tighten before it will begin to exert a meaningful drag on the economy.

Of course, things may not be quite so simple. A decade of easy money has created a mountain of debt, both in the United States and worldwide. Even modestly higher rates could, therefore, have unexpectedly large effects. Meanwhile, growth is slowing in China and Europe. In the United States, most economists expect the sugar high from the Trump administration’s tax cuts and spending to fade in the second half of next year.

The Fed has to navigate these uncertainties. If Mr. Powell refrains from raising interest rates on Wednesday, his lack of action could rattle markets if it is interpreted as a vote of no-confidence in the global economy. But if he hikes and hints at more raises to come, he risks unsettling investors as well as the President. Ideally, he will deliver a rate boost coupled with just the right amount of dovish commentary to let investors know that further increases will be slow in coming. But even that may not be enough to avoid more unwanted input from the Oval Office. 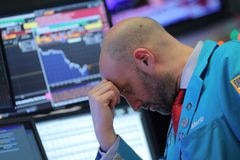 Gordon Pape: Here’s how my predictions turned out in a bizarre, unnerving year for investors Subscriber content
December 17, 2018

‘Where are we in the Canadian housing slowdown?’ Subscriber content
December 17, 2018 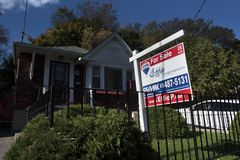