Don’t tell me: You’re looking for a safe place to put your money until market jitters subside.

It’s an understandable desire. Economic growth in both Canada and the United States is stumbling. Falling bond yields and slipping stock prices are flashing warning signs. Add in Donald Trump’s erratic trade tactics – including this week’s threat to impose tariffs on Mexican products – and right now seems like a fine time to take shelter.

History may offer some pointers. Consider, for instance, a recent analysis from Robeco, the Dutch investment giant. It looked at how various assets performed during the time between an inversion of the U.S. yield curve and the start of a recession.

The worrisome shape of today’s yield curve is one of the major reasons for stock markets’ current conniptions. At least by one measure, the curve inverted in late March and has done so again in recent weeks.

This would seem to be very bad news for stocks. But not so fast. Robeco’s numbers show that during similar episodes since the late 1970s, the strongest-performing asset class has been – believe it or not – stocks.

That’s right: Historically, at least, the best place to have been during such treacherous times was the S&P 500, the last place you would expect to find refuge. U.S. stocks posted median returns of 7.4 per cent a year during these prerecession periods, followed by government bonds (5.7 per cent) and commodities (5.3 per cent).

For its part, gold was wildly volatile, posting great returns during the run-up to the 1980 and 2008 recessions, but miserable results before the 1981, 1990 and 2001 downturns. Corporate bonds also produced widely varying results.

There are four distinct phases – recovery, expansion, slowdown and recession – according to an economic model used by Schroders PLC, the British money manager. Right now, its analysis indicates that the U.S. economy is shifting into the slowdown phase.

This merits concern because stocks tend to produce their worst and most volatile results during slowdown phases. Commodities and government bonds typically offer much better returns than stocks when the economy is gearing down, according to Schroders’ research.

However, this slowdown may be different than most. For one thing, inflation is unlikely to be a problem. For another, any signs of economic weakness are likely to be met with a flood of new central-bank stimulus. The stimulus is likely to prevent any truly ugly outcome.

“If we had to make a ruling on it right now, we would say this slowdown would be shallower and shorter term in nature, if it does eventuate,” said Angus Sippe, a fund manager at Schroders.

How should investors position themselves for such a slowdown? The standard advice is to hold tight. That still makes perfect sense, especially if you are comfortable with your existing asset allocation.

Those looking for more security may want to consider raising their holdings of government bonds, even at their current dismal yields. Both the Robeco and Schroders models suggest a slowing economy is the prime time for such investments. Bond prices move in the opposite direction to interest rates, so bond investors could do well in a world where central banks are busily chopping rates to goose the economy.

Alternatively, you may want to look at ways to reduce the risk in your stock holdings. Mr. Sippe, for instance, is fond of non-cyclical U.S. stocks that are unlikely to be directly affected by the current trade disputes.

Yet another approach is to look for stocks with proven records of relative stability. Several providers now offer exchange-traded funds focused on low-volatility stocks.

These ETFs – including the BMO Low Volatility Canadian Equity ETF, the iShares Edge MSCI Minimum Volatility Canada ETF and the CI First Asset MSCI Canada Low Risk Weighted ETF – may lose ground if stocks fall, but their declines are likely to be smaller than those of the overall markets. They offer one approach to reducing your risk in a market that is looking scarier by the day.

The week’s most oversold and overbought stocks on the TSX
Subscriber content
May 31, 2019 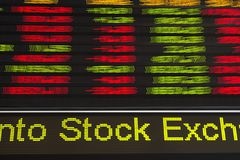 Market movers: Stocks that saw action on Friday - and why
Subscriber content
May 31, 2019 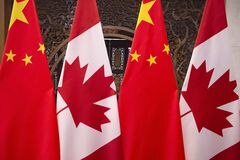