Investors always obsess over whatever number is supposed to hold the key to the market’s future. Right now, that magic figure is the yield on the 10-year U.S. Treasury bond.

For the first time in four years, the payoff from the benchmark bond ticked over 3 per cent on Tuesday. Its climb may portend a shift in investor psychology, one that could endanger this long-running bull market.

This disturbing scenario rests on the widespread conviction that ultralow bond yields have been a major factor in pushing stocks higher in recent years. If people have been buying stocks largely because paltry bond yields offer no alternative, they may change their minds once they can get a reasonable return on the safest security in the universe. And if so, a nice, round 3-per-cent yield on the super-secure U.S. Treasury bond may be enough to trigger a stampede out of stocks and into bonds.

To be sure, this is all conjecture for now. As you may have noticed, the world did not spontaneously combust when the 10-year Treasury yield briefly crossed the 3-per-cent line on Tuesday morning. However, stocks did retreat, underlining Wall Street’s angst over the impact of rising bond payoffs.

At the very least, the return of the 3-per-cent yield for the first time since 2014 suggests investors should ponder how to navigate a future in which yields appear to be heading upward. The U.S. Federal Reserve is expected to hike rates at least twice more in 2018 and officials have hinted rates will keep climbing until 2020 as the central bank pushes back against signs of increasing inflation.

Neither stocks nor bonds thrive in a rising-rate environment. Bond prices move in the opposite direction to yields, so any sustained rise in yields hurts the fixed-income portion of a portfolio. Meanwhile, stocks also suffer damage as borrowing costs rise for corporations, and increased competition from bonds lures away investors.

For people who hold a typical balanced portfolio – say, 60 per cent stocks and 40 per cent bonds – rising rates can be a double whammy. Instead of benefiting from a diversification effect, in which stocks and bonds move in opposite directions, with gains on one offsetting losses on the other, a conventional portfolio can suffer blows from both directions.

So what can an investor do? One possibility is to look for a brilliant manager who can somehow prosper in a falling market.

Actively managed funds in the United States fare much better against their benchmarks in down markets than they do in up markets, according to a recent report from fund-raters Morningstar. Only about 32 per cent of actively managed funds beat the relevant index when the market is going up, but nearly 60 per cent outperform when the sky is falling.

The problem is that this improved record still isn’t all that impressive. More than 40 per cent of actively managed funds lag behind when things get tough. Success is fleeting even for the winners. Most fail to keep up their market-beating ways once the crisis is past. “Better performance in down markets is not sufficient reason to choose active U.S. equity funds,” the report concludes.

Another idea is to seek refuge in alternative investments, such as real estate or private equity, or in strategies such as risk-parity portfolios, designed to soldier through any economic environment. These investments aren’t directly tied to bond prices or stock prices, so they may fare better than the usual suspects.

But, warns Ben Inker of GMO, an asset manager in Boston, you shouldn’t regard alternative investments as a panacea. Despite their unique qualities, they too are exposed to the same broad economic influences as stocks and bonds. In an environment where inflation and interest rates are on the rise, “stocks, bonds, real estate, private equity, infrastructure, all should take a hit,” he noted in a recent report.

That suggests investors may want to ponder a couple of less-complicated ideas. One is to carry a bit more cash than normal. Bank accounts, GICs and short-term bonds could all be decent deals in an environment where rates are on the rise, and longer-term bonds and stocks don’t seem positioned to do well.

An even simpler idea is to do nothing at all. For all of today’s anxiety over climbing yields, not everyone is convinced the rise will be sustained. Capital Economics, a London-based forecaster, says the Fed will hike rates three more times this year and twice more in 2019, but will then reverse direction.

“Over the course of the next year … we expect the [U.S.] economy to slow as the effects of the fiscal stimulus fade, tighter monetary policy begins to bite and jobs growth slows,” Capital Economics says. “This, in turn, will cause the Fed to begin cutting interest rates in 2020.” 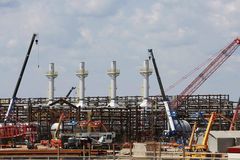 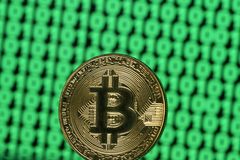 American investors just gave up on the bull market in equities
April 24, 2018 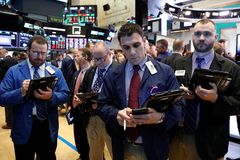