When COVID-19 broadsided the stock market in March this year, Sherry Cooper’s financial portfolio sank into an abyss that seemed bottomless. Despite the market’s rally since then, her stocks remain underwater by 10 per cent.

But the gyrations of 2020 haven’t caused any sleepless nights for Ms. Cooper, the former Bank of Montreal chief economist dubbed Canada’s “megawatt celebrity economist” for her lively and well-spoken manner. She is now working as the chief economist at mortgage and leasing firm Dominion Lending Centres, as well as running a consultancy.

Ms. Cooper hasn’t jettisoned any stocks in 2020. On the contrary, she bought some bank shares with her RRSP and TFSA contributions. It’s pretty much the same steady-hand approach outlined in her Me and My Money profile from the Dec. 26, 2017, edition of The Globe and Mail.

Dividend stocks bring her peace of mind. “Because my goal is to build up a stream of dividends for retirement, I’m focused less on price fluctuations and more on dividend income,” she says. “I haven’t had any dividend cuts in 2020, so I’m happy with that.”

A fan of bank stocks

Within the dividend group, Ms. Cooper has a particular fondness for bank stocks. Her holdings are concentrated mainly in Canada’s Big Five chartered banks: Royal Bank of Canada, Toronto-Dominion Bank, Bank of Nova Scotia, Bank of Montreal and Canadian Imperial Bank of Commerce.

Their dividend yields range from 4.4 per cent for RBC to 6.4 per cent for Scotiabank. With five-year government bonds paying just 0.5 per cent, it’s not a stretch to see a continuing shift of money out of bonds into bank stocks.

Ms. Cooper knows the banking industry well and is quite aware that the Big Five have one of the longest records for paying dividends, starting with BMO in 1829. The worse that has happened since the Second World War is that dividend increases have been suspended in a few years.

With the Big Five comprising about 80 per cent of banking assets in Canada, the industry can be seen as oligopolistic. Such market structures, as the economic textbooks say, are characterized by tacit accommodations among firms to keep cutthroat competition low and profit margins high.

Barriers to entry are enormous. In particular, huge amounts of capital are required. Some large foreign banks might have the wherewithal but they are kept out of Canada by the Bank Act, which prohibits anyone from owning more than 20 per cent of a chartered bank’s voting shares.

Their strength is not due to just industry structure. “The banks in Canada are also heavily regulated,” Ms. Cooper adds. They occupy a central role in the economy and are a conduit for monetary stabilization policies. Government backing comes in many forms – for example, deposit insurance and guarantees against mortgage defaults.

“If the banks go down and their dividends are slashed, just about everything else will be down and not paying dividends,” Ms. Cooper says.

But a collapse would be an extremely remote probability. Bank of Canada stress tests published last year in its Assessing the Resilience of the Canadian Banking System report conclude that the banks' capital reserves would not be breached until the improbable perfect storm of an 8-per-cent decline in real GDP, seven consecutive quarters of negative growth, a 12.6-per-cent unemployment rate and 41-per-cent decline in house prices.

An RBC Wealth Management study addresses the risk of a spike in loan defaults. Analytical models in Are Canadian Bank Dividends Sustainable? show that a 1-per-cent increase in credit losses (greater than the financial crisis of 2008-09) would cut bank earnings by 30 per cent. This would raise dividend payment ratios from their customary range of 40 per cent to 50 per cent to a still-manageable 60 per cent to 70 per cent.

What about financial technology companies and their disruptive technologies? These firms don’t have huge financial war chests or the same trusting relationships that the banks have with millions of Canadians. The regulatory framework is another obstacle. To get their products in use, several fintech companies have partnered with the banks.

While Ms. Cooper’s dividend portfolio may not be overly diversified, she does have other assets, such as real estate. And her purchase of the iShares S&P 500 ETF a few years ago has helped offset price declines in some of her dividend stocks. 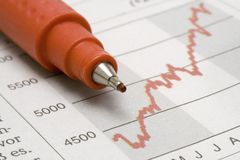 Market movers: Stocks that saw action on Wednesday - and why
Subscriber content
October 14, 2020 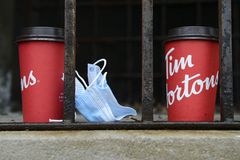