Should the Bank of Canada target home prices as part of its official mandate? It sounds like a tempting notion, especially at a time like the present, when runaway home prices are creating a frenzy of speculation. But the idea is fundamentally misguided.

The problem is that a central bank can do only so much. It can attempt to support a pandemic-plagued economy with easy money or it can put a lid on runaway speculation by hiking interest rates. It can’t do both.

People won’t stop hoping, though. New Zealand made headlines a month ago when its government asked its central bank to take account of home prices when it sets interest rates.

Finance Minister Grant Robertson stopped short of suggesting the Reserve Bank of New Zealand add home price stability to its list of official policy objectives. Instead, he tasked the central bank with considering how its decisions would affect home prices. Despite that carefully vague positioning, Mr. Robertson’s message was clear: We really, really want a calmer property market.

The issue in New Zealand, as in Canada, is booming prices that are dividing the country into housing haves and have-nots. Policy-makers in both countries would love to find a way to take the froth out of the market and give hope to first-time buyers without creating a property crash or recession.

Politicians, understandably, like the idea of offloading much of the responsibility onto central bankers’ shoulders. Any attempt to cool off real estate markets risks an explosive backlash from existing homeowners, mortgage lenders and the real estate industry. Any elected official who wants to stay in his or her job can see the case for standing back and letting someone else tinker with this particular time bomb.

What makes the issue unusually dangerous is that voters desire incompatible outcomes. Many people want homes to be affordable for their kids, but few are in favour of seeing the value of their own homes shrink. Most may welcome new construction, but especially in big cities such as Toronto and Vancouver – the places where home prices are most extreme – existing homeowners resist construction of multiunit buildings because they disrupt the character of older neighbourhoods full of single-family homes.

So what to do? Handing a big part of the job to the central bank sounds like an elegant solution, at least to some ears. Ruchir Sharma, chief global strategist at Morgan Stanley Investment Management, was among those applauding New Zealand’s move to make housing a key consideration for its central bank. Its example “could inspire others to rethink the role easy money has played in driving financial instability,” he wrote in a Financial Times essay.

It is not quite clear, though, what shape that rethinking would take. Any official mandate to target home prices would also eviscerate central banks’ power to conduct monetary policy.

When central banks lower interest rates to cushion an economy in distress, housing is one of the biggest channels through which those lower rates gain traction on the real economy. Lower mortgage rates spur more home buying and more housing starts, as well as associated demand for renovations and appliances. That in turn invigorates the entire economy. As Edward Leamer, an economist at the University of California, Los Angeles, wrote in a famous 2007 essay, “Housing IS the Business Cycle.”

Housing’s importance in the business cycle puts central banks in a bind. Right now, they are supposed to buffer the economy from the shock of the pandemic. They have lowered interest rates to rock-bottom levels to do so. And the inevitable consequence is booming house prices – not just in Canada and New Zealand, but also in the United States, Germany and elsewhere.

Mr. Sharma is right to worry about the dangers to this approach. It exacerbates inequality, makes housing unaffordable for young buyers and exposes homeowners to losses if interest rates rise.

But central banks are not the primary villains. They are simply employing the tools they have been given to support an economy in distress. Raising rates now to cool off the housing frenzy would be throttling an economy already beset with virus-related challenges.

Governments have many other levers to pull if they want to target home prices. Ottawa, for instance, could raise down-payment requirements, further tighten standards for getting a mortgage and start taxing capital gains on the sale of primary residences. It could also promote policies to encourage more home-building and increased density in city centres.

But those moves fall outside of the Bank of Canada’s control. They require politicians willing to act. More than that, they require voters to decide what it is they really want. 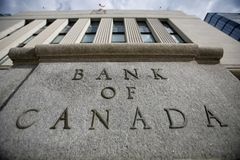 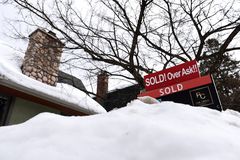 Opinion
For the Fed and the Bank of Canada, inflation just ain’t what it used to be
March 19, 2021 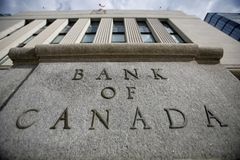