Every stock market frenzy has a simple, apparently reasonable story at its core. Today’s bull market is no different.

The story du jour holds that low interest rates justify Wall Street’s sky-high stock prices. Sadly, this isn’t true. But it remains every money manager’s favourite reason for continuing to pile into one of the most expensive stock markets in decades.

Investors should be wary. That supposedly simple relationship between interest rates and stock prices? It’s actually more complicated than you think. And it could hold some nasty surprises if you base your investing strategy on the conviction that today’s meagre bond yields offer unlimited fuel for more stock market gains ahead.

Granted, the idea sounds sensible at first hearing. After all, bonds, bank accounts and guaranteed investment certificates now pay next to nothing. Stocks seem to be the only option left for folks who want to generate a decent profit.

But is the case for buying stocks because of low interest rates really as logical as it first appears? To understand what is flawed about today’s favourite narrative, look around you.

If falling interest rates inevitably drove stock prices higher, the priciest stocks in the world should be located in places with the lowest rates – places such as continental Europe and Japan, where yields on many key government bonds have slid below zero.

They’re not. Stock valuations are much cheaper in Europe and Japan than in the United States, where interest rates are considerably higher. (Right now, European stocks are trading for under 18 times earnings and Japanese stocks for under 19 times. In contrast, U.S. stocks fetch a lofty multiple of 25 times earnings).

Rates and stocks can also go down together. For more than two decades – from 1990 to 2012 – Japanese bond yields dwindled in unison with the Japanese stock market. The year-after-year plunge in Japanese yields did absolutely nothing to revive Japan’s sickly stock prices.

Despite episodes like this, many investors now seem convinced that interest rates and stock prices necessarily move in opposing directions. They argue that falling rates in recent months provide the rationale for surging stock prices.

A more nuanced perspective comes from Aswath Damodaran, a finance professor at New York University, who has written extensively on the complex relationship between interest rates and stock prices.

In a 2018 essay, he took issue with the idea that central banks are capable of dialing up or down interest rates at will. Even the mighty U.S. Federal Reserve, he argues, is more of a rate influencer than a rate setter. It is usually not clear, he wrote, “whether the Fed Funds rate is driving short-term [market] rates or whether market rates are driving the Fed.”

But while either factor can move interest rates, they have very different implications for the stock market.

Stronger real growth is good news for share prices because it suggests both corporations and households are expanding their purchasing power in sustainable fashion. In contrast, rising inflation tends to be bad news for stocks since surging prices signal an overheating economy with growing stresses.

The practical upshot of all this is that investors have to first figure out what is behind interest rate shifts before they can interpret what those shifts mean for stocks.

In fact, judging from bond-market indicators, inflation expectations are largely back to where they were prepandemic. Investors appear to be assuming inflation of around 2 per cent annually over the next five years – in line with, or slightly above, what the market was expecting before the novel coronavirus hit.

That suggests that the force dragging down interest rates is diminishing expectations for long-term growth. To be sure, most forecasters are distinctly upbeat about the outlook for the next year or two. Once economies have rebounded from their pandemic lows, though, the outlook gets more problematic.

The global economy could be headed toward “a lost decade,” the World Bank warned this week. It is concerned that massive increases in government debt, rising inequality and high levels of uncertainty will scar the outlook for years to come.

A darker outlook for growth poses a challenge for stocks. So what should investors do?

Both bonds and stocks are expensive by any historical standard. A good first step is not to get carried away by the case for either. Balanced portfolios continue to have their attraction.

So does edging away from some of the frothier corners of today’s market.

Jeremy Grantham, the crusty bubble-spotter who co-founded money manager GMO LLC in Boston, has been warning investors away from U.S. stocks. In a note this week, he talked up the merits of low-priced value stocks as well as emerging markets shares.

Robert Buckland, equity strategist at Citigroup, also urged investors to be cautious about U.S. stocks. He wrote this week that he prefers emerging market shares as well as British stocks, which have been hard hit by both Brexit and lockdowns.

All those ideas sound like decent alternatives to betting on the ability of low interest rates to keep generating endless gains on Wall Street. 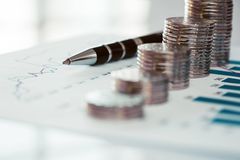 Opinion
Why are real interest rates and inflation on the way up?
January 7, 2021 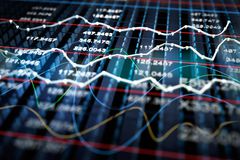 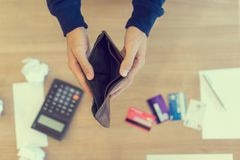