Leading U.S. online brokerages are slashing their trading commissions to zero, leaving Canadian investors wondering whether a similar trend will take hold in Canada. But free stock trading comes with a downside: It can encourage too much trading.

“If you’re making a trade that you need to do, because you have money you want to invest, it’s great that there’s no commission. But if you decide that you want to be a day trader, big mistake,” Terrance Odean, professor of finance at the Haas School of Business at the University of California at Berkeley, said in a phone interview.

It’s a subject that Prof. Odean, who specializes in behavioural finance, has thought about for the past two decades. In 2000, he and Brad Barber, a finance professor at UC Davis Graduate School of Management, published a paper that looked at the impact of trading on the returns of retail investors, drawing on trading records from a brokerage over a six-year period in the 1990s.

Their conclusion: Investors who trade frequently lagged the broader stock market by about three percentage points, on average – and that’s before factoring in commissions. These heavy traders also lagged individual investors who traded infrequently.

“Most likely, the person on the other end of my trade does this for a living, has a lot more resources than me and a lot more information. I’m not a big fan of retail investors trading speculatively,” Prof. Odean told The Globe and Mail.

The temptation to trade could be rising, though, as it becomes an essentially free activity for many U.S. investors. On Tuesday, Charles Schwab Corp. announced that it will eliminate commissions for trading U.S. stocks and exchange-traded funds, matching an earlier price cut by Interactive Brokers LLC. TD Ameritrade Holding Corp., which operates a rival U.S. discount brokerage and is 42.7 per cent owned by Toronto-Dominion Bank, matched the fee cut later on Tuesday and E-Trade Financial Corp. did the same Wednesday.

WealthSimple Inc., an independent online investment management firm, already offers commission-free stock trading for domestic investors. And although the big banks enjoy a cozy oligopoly and tend not to compete with one another on price, National Bank Direct Brokerage, an arm of National Bank of Canada, offers free online trading of Canadian and U.S. exchange-traded funds.

But the five biggest Canadian banks charge trading commissions ranging from about $7 to $10 for each stock trade, which may start to look egregious next to zero-commission trades in the United States.

These Canadian banks are also well diversified: Though precise numbers are difficult to pin down, trading commissions account for a small portion of their overall revenues, giving them some financial flexibility if they see the need to cut fees to stay competitive.

Robert Sedran, an analyst at CIBC World Markets, estimated that fees generated by TD’s Canadian discount brokerage, TD Waterhouse, are about 1.5 per cent of the bank’s total revenue. At TD Ameritrade, by comparison, fees accounted for about 23 per cent of the brokerage’s revenue so far this year, according to National Bank Financial.

This suggests that the banks could cut their commissions without causing too much harm to their share prices, in contrast to the carnage experienced by some U.S. online brokerages as they adapt to competitive pressure.

On Tuesday, TD Ameritrade lost more than one-quarter of its market capitalization in anticipation that it would match the move by Charles Schwab, which is a more diversified financial services firm that can handle the modest hit to its revenue. TD Ameritrade shares fell another 3.2 per cent on Wednesday during a widespread market rout.

“The impact would be manageable [at Canada’s big banks], but it does highlight a theme that fee pressure across multiple businesses is just part of the operating environment for all financial institutions – whether being driven by regulatory change, government action or competitive pressure (and likely all of the above),” Mr. Sedran said in a note.

A TD spokesperson declined to comment regarding Canadian trading commissions. But its share price has been weighed down by the bank’s exposure to TD Ameritrade. TD’s shares fell 2.6 per cent on Tuesday and another 2.4 per cent on Wednesday, exceeding the declines by rival Canadian banks.

How this $925-million fund manager has been beating the market and what he’s buying and selling right now
Subscriber content
October 3, 2019 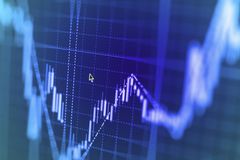 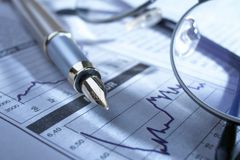