While it might appear the markets are recovering from the recent rout, portfolio manager Veeral Khatri, who moved his position to about 25-per-cent cash in the early fall, isn’t ready to jump back in entirely.

“We are still defensively positioned, but we have some dry powder to put to work,” says Mr. Khatri, who manages the Canadian Value Fund at Toronto-based JC Clark, which has $240-million in assets under management.

The Globe recently spoke to Mr. Khatri about what he’s been buying and selling and the fast-food stock he wished he owned today.

Prior to the last couple of weeks, the concern was that the equity markets were overstretched, which we felt like they were. Thankfully, we were underweight and had a lot of cash heading into last month. What’s been hard for people this time around is that we haven’t had that much volatility over the last few years. We’ve become used to markets that go up slowly without any meaningful pullback. Over a longer period of time, 10-per-cent drawdowns aren’t that unusual. It just feels more painful this time around because we aren’t used to the volatility. Ultimately, this is healthy. We think that, every now and then, we need a good shakeout in the market.

We don’t think this is it, that the markets have peaked and the bull market is over. We do believe we’re in the later stage of the cycle, but equity valuations, especially after the recent pullback, look reasonable. The economic backdrop in both [the] U.S. and Canada are fine. Interest rates are going up, which is something to monitor, but aren’t at the level where it becomes prohibitive for companies to borrow and invest. We also don’t see a major systemic risk. All of these things considered, the backdrop for equities should be fairly positive. We might see more volatility going forward, though.

How are you reacting to the current volatility?

We are taking advantage of the pullback and putting some cash at work. We are about 25 to 30 per cent in cash today versus closer to 10-per-cent cash for most of the year. As I said, we have a bit of dry powder to put to work. You never want to pick a point and say “this is the bottom and I will use it all up here.” Instead, we’re investing it slowly and adding to names we like that are on sale. We are trying to stick to high-quality names, a little bit larger cap ones and those that are less economically sensitive.

One name we’ve been adding to is Richards Packaging. It distributes rigid packaging products to three major end markets: health care, cosmetics and food. All three of those are pretty stable and not very economically sensitive. The business is also stable and generates a lot of free cash flow, has a clean balance sheet and lots of room to make acquisitions.

A new holding in the last couple of months is Hamilton Thorne Ltd., which supplies products and equipment such as laser and imaging systems to in-vitro fertilization [IVF] clinics around the world. It’s a long-term secular growth story we are playing. We see a lot of growth there and the industry is quite fragmented. The company is in a good position to consolidate. We think the valuation looks reasonable, too.

In the late spring we sold out of Westshore Terminals Investment Corp., which owns the largest coal-loading terminal on the West Coast of North America, in B.C. We like the business and the asset, but what concerned us was that 60 per cent of its volume comes from Teck Resources Ltd.'s coal mines and that contract expires in 2021. Teck has been vocal about trying to get better terms. We’re just a bit unsure of what the economics will be under the new contract and thought it was more prudent to get on the sidelines and see how this plays out.

One I wish I bought earlier this year was MTY Food Group Inc. [the company behind restaurant brands such as Timothy’s World Coffee and Thai Express]. We took a look in the spring when the stock got down to $46. [The stock is now trading around $70]. It posted a weak first quarter due to weather-related issues and the stock got hit. It’s a perfect example of a good company that saw its share price go down for temporary reasons. We, unfortunately, didn’t make a move on it and missed out on a 40-per-cent-plus gain. 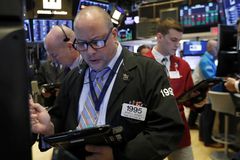