U.S. stocks surged to record highs on Thursday, a day after the U.S. Federal Reserve warned that it may have to cut interest rates if the economic outlook deteriorates. Are investors cheering for an economic downturn?

The Fed left its key interest rate unchanged on Wednesday but suggested that rising trade tensions, low inflation and subsiding global growth could deliver the need for its first rate cut in about a decade.

Meanwhile, bond yields continued to fall as bond prices increased. The yield on the 10-year U.S. Treasury bond briefly dipped below 2 per cent, down from 2.8 per cent in January.

What comes next depends entirely on your outlook for the economy and the outcome of trade talks between the United States and China: Some observers believe that good news on either file will send stocks even higher, while others are considerably less optimistic.

“We’re ushering into a Goldilocks period, like we did in 1995,” Brian Belski, chief investment strategist at BMO Nesbitt Burns Inc., said in an interview.

By that, he means that rate cuts will ensure steady economic growth and rising corporate profits, which are the conditions that should support stock prices. Canadian stocks look particularly attractive, he believes, given Canada’s close links to the U.S. economy.

As well, Mr. Belski expects that a resolution to trade tariffs is not being reflected in the stock market, but is a strong possibility that could provide another market boost that will reward bets on large geographically diverse U.S. companies.

“I don’t think any China deal is being priced in at all. People are not positioned for a positive stance on tariffs. A lot of this has been sabre-rattling,” he said.

He added: “It’s in the world’s best interest to move this forward.”

A mid-year update from T. Rowe Price Group Inc., the Baltimore-based global investment management company, offered a similarly upbeat take. Strategists there argued that the U.S. economy, though slowing, is being supported by low unemployment and there is no sign of exuberance on the part of investors.

“The economic expansion that has taken place since the end of the global financial crisis about 10 years ago has experienced periods of sluggishness, notably in 2011 and in late 2015/early 2016. Slowdowns do not necessarily mean the end of the economic cycle,” the T. Rowe Price strategists said in their update.

But the Fed’s signal that it may need to cut interest rates doesn’t strike everyone as bullish.

David Rosenberg, chief economist and strategist at Gluskin Sheff + Associates Inc., has been warning of an oncoming recession this year and expects that the Fed’s monetary shift merely confirms trouble ahead. He thinks that the Fed will cut its key rate by 50 basis points (one basis point is a hundredth of a percentage point) at its next monetary policy meeting in July. However, a stock market rally will be short-lived.

“The stock market gets a pop after that initial rate cut,” Mr. Rosenberg said in an interview, referring to past occurrences. “That’s normal: You get a reflexive rally that is typically between 3 and 5 per cent. But once the reality of the recession sets in, when the market stops focusing on the cure and [turns to] the disease, the stock market rolls over.”

He thinks the best response for investors is to focus on high-quality companies with stable profits and low debt, defensive sectors that don’t need a strong economy, gold (which rose to a six-year high on Thursday) and bonds.

“If things are that great, if the economic outlook is so solid, why would the Fed be cutting interest rates?” Mr. Rosenberg said. 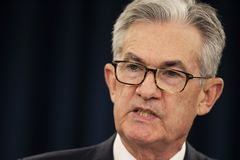 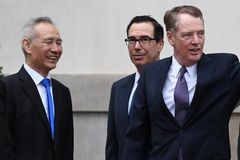 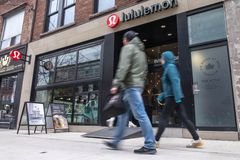