WSP Global Inc. has supplanted SNC-Lavalin Group Inc. as Canada’s top engineering firm – at least for now – making one thing very clear to investors: Emphasizing exposure to developed markets is the right approach when some of the more far-flung areas of the world are causing real headaches for Canadian companies and their shareholders.

“You want to have the bulk of your operations, the bulk of your market and services, in places where you can mitigate your risks with the likelihood of generating a good return,” Alexandre L’Heureux, WSP’s chief executive, told The Globe and Mail.

The Montreal-based engineering firm generates about 90 per cent of its net revenues – or revenues after subtracting costs related to sub-consultants – through work on buildings and infrastructure in countries that are members of the Organisation for Economic Co-operation and Development (OECD). In other words, we’re talking about jurisdictions such as Canada, the United States, Australia and Europe, where tyrants are confined to Twitter outbursts rather than corporate shenanigans.

That might strike some investors as being too safe, given that emerging markets have been generating the world’s most impressive economic growth in recent decades. But it comes as some Canadian companies are struggling to justify their operations in areas where authorities are looking increasingly heavy-handed.

Earlier this week, SNC-Lavalin Group Inc. announced a $1.24-billion writedown on its oil and gas division, amid a deteriorating diplomatic relationship between Canada and Saudi Arabia, where SNC generated 11 per cent of its revenue in 2017.

As well, Barrick Gold Corp. is trying to emerge from a two-year-old tax dispute with the government of Tanzania, which has accused Acacia Mining, majority-owned by Barrick, of evading taxes.

Mr. L’Heureux isn’t saying no to emerging economies. Indeed, WSP has a substantial presence in Asia and Latin America, where it sees growth.

“What I’m after is quality growth,” he said.

He added: “I want growth to translate into quality earnings, good margins and cash. There’s no point in growing if you’re not going to get paid because you operate in a region that is not good at paying."

The approach seems to be getting some traction. WSP shares rose 4.8 per cent on Wednesday to $67.51, giving the company a market capitalization of $6.7-billion. That edges past SNC-Lavalin’s market cap of just over $6.5-billion, after its shares fell sharply on Monday.

WSP’s share price gains followed the release Wednesday of details of a three-year strategic plan that ticked all the right boxes.

Stronger revenue growth? Yes. WSP expects it can generate net revenues of $8-billion to $9-billion by 2021, through organic growth and acquisitions, up from analyst expectations of $5.7-billion to $5.9-billion in 2018. (The company will report its fourth quarter results on March 14.)

Bigger global footprint? Yes. The company plans to expand its work force by 35 per cent, to 65,000 people within three years, giving it a greater ability to respond to urbanization, population growth and global warming – all of which require the know-how of design engineering. The expansion plans follow a number of previous deals, including the 2018 acquisition of New Jersey-based Berger Group Holdings Inc., which added 5,000 employees located mostly in the United States.

Better margins? Yes again. The ambitious goal is to widen profit margins (based on EBITDA, or earnings before interest, taxes, depreciation and amortization) to a range between 11.5 per cent and 12.5 per cent as it integrates acquisitions. That’s up from a forecast of 11 per cent profit margin in 2018.

The plan suggests that WSP will expand its leadership position in sectors such as transportation, infrastructure and buildings, and diversify into new sectors such as environment, water, power and resources, Benoit Poirier, an analyst at Desjardins Securities, said in a note to clients.

“Having a global network of professionals located around the world, with a number of different centres of excellence and expertise, is really allowing us to leverage our network and parachute the expertise where it’s needed,” he said.

Investors, though, will be hoping that the expansion comes without headaches. 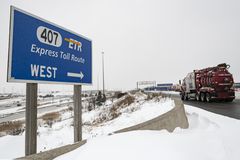 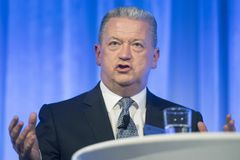 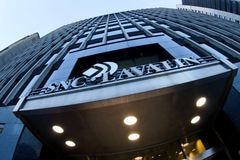