TMX called off the session before 3 p.m., which is the start of a busy hour of trading.

The Toronto-based company cited “an internal technical issue” and said it was “working to rectify” the problem.

A TMX spokesman declined to provide further details. “We will update the marketplace with more information as soon as we can,” Shane Quinn said in an e-mail.

The company did say it expects its markets to open again Monday.

Trading glitches were common in Toronto in the 1990s and early 2000s, but the technology has become much more reliable in recent years.

As a result of the outages, clients were not able to access their trading orders on TMX markets. The company told traders that any “day orders” in the system, which are valid only on the day they are entered, will be purged before the markets open again.

Investors could have still traded stocks and ETFs listed on the TSX and TSXV on other Canadian venues, such as Nasdaq Canada or the Canadian Securities Exchange.

“The TMX going down on a quiet Friday afternoon creates a bit of discomfort,” said Doug Clark, managing director at investment dealer ITG Canada Corp. “If the TMX went down on a day when indexes were being rebalanced, that would be a disaster.”

He said the trading halt means mutual funds and other financial products that traditionally use closing stock prices will need to adjust their systems, but this is a relatively easy fix.

“The question the TMX will need to answer is: Why did this happen and what backup systems should they have in place?” Mr. Clark added.

He pointed out that most U.S. stock exchanges have backup networks to deliver end-of-day functions such as “market-on-close” auction, even if the main exchange goes down. But TMX hasn’t put this safety net in place and had to suspend the end-of-day auction for TSX-listed stocks.

TMX had already scheduled a discussion of a backup system for market-on-close trading for industry meetings later this spring, Mr. Clark said.

Barry Schwartz, chief investment officer with Toronto-based Baskin Wealth Management, said that while the incident is “embarrassing” for TMX, the outage could have been a lot worse if it had happened on a busier trading day.

“It’s kind of amateur hour to have your systems go down,” he said. “But it happens.”

He predicts TMX likely won’t suffer any long-term consequences from the outage, as long as they fix the problems and explain what went wrong.

“I don’t think that the market will be too unkind to the TMX Group’s stock next week,” he said. “As long as they have it up and a good explanation, all will be forgiven.”

UPDATE - All TMX markets, including Montreal Exchange, are experiencing issues with trading, all users are equally impacted and are unable to connect to our Exchanges. We apologize for the inconvenience and continue to investigate. Further updates will be provided.

UPDATE 2 - Please be aware that TMX continues to experience issues on all markets. We apologize for the inconvenience. Further updates will be provided.

UPDATE 3 - Please be aware that all TMX markets continue to experience issues. We apologize for the inconvenience. Further updates will be provided.

UPDATE 4 - TMX has decided to shut down all markets for the remainder of the day. Trading will not resume today, including market on close. We apologize for the inconvenience. Further updates will be provided.

The week’s most oversold and overbought stocks on the TSX
Subscriber content
May 4, 2018 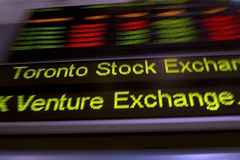 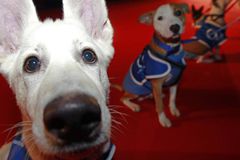 Follow Christina Pellegrini and Niall McGee on Twitter @chris_pelle @niallcmcgee
Report an error Editorial code of conduct
Due to technical reasons, we have temporarily removed commenting from our articles. We hope to have this fixed soon. Thank you for your patience. If you are looking to give feedback on our new site, please send it along to feedback@globeandmail.com. If you want to write a letter to the editor, please forward to letters@globeandmail.com.
Comments are closed