Asian stocks rose modestly on Wednesday, paring earlier gains as optimism that trade ties between Washington and Beijing were on the mend gave way to questions about the next phase of the diplomatic tit-for-tat between the two countries.

MSCI’s broadest index of Asia-Pacific shares outside Japan was 0.35 per cent higher. It gained 1.2 per cent the previous day after a speech by Chinese President Xi Jinping was seen as striking a more conciliatory stance following a week of tit-for-tat tariff threats between Beijing and Washington.

The index’s surge lost some steam, however, with some Asian equity markets staggering, as the world’s two biggest economies are still seen needing to clear more hurdles before reaching any sort of settlement over trade issues.

“The United States and China are still at a phase in which they are attempting to probe the intentions of the other,” said Masahiro Ichikawa, senior strategist at Sumitomo Mitsui Asset Management in Tokyo.

“While China showed how far it can go, the markets won’t settle down until the two powers reach an actual agreement. The next focal point is how the United States responds.”

Australian stocks were down 0.25 per cent and Japan’s Nikkei dipped 0.1 per cent.

The Dow advanced 1.8 per cent, the S&P 500 rose 1.7 per cent and Nasdaq added 2.1 per cent overnight after Xi on Tuesday pledged to further open up the economy and promised to cut import tariffs on products including cars.

In currencies, the euro was a shade higher at US$1.2358 and on its fourth session of gains.

The common currency was not far from a two-week high of US$1.2378 scaled overnight after European Central Bank policy maker Ewald Nowotny told Reuters in an interview that its 2.55-trillion euro bond buying program would be wound down by the end of this year.

The euro has risen about 3 per cent this year on expectations that the ECB would eventually normalize monetary policy and hike interest rates.

The dollar dipped 0.05 per cent to 107.130 yen. The greenback had gained 0.4 per cent overnight when an uptick in risk appetite weakened demand for its Japanese peer, often sought in times of market turmoil and political tensions.

The dollar index against a basket of six major currencies was little changed at 89.600 after shedding 0.3 per cent the previous day.

Oil prices remained elevated, after steep gains in the previous session, as the commodity markets eyed an escalation of Middle East tensions.

U.S. crude futures were little changed at US$65.52 a barrel after surging more than 3 per cent on Tuesday on the back of the surge in risk appetite in the broader markets. 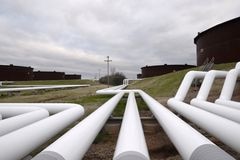 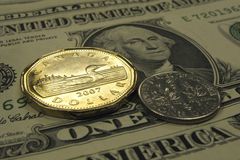