The Canadian dollar fell to a nearly 3-week low against its broadly firmer U.S. counterpart on Monday, pressured by weaker-than-expected domestic data and dovish comments over the weekend from Bank of Canada Governor Stephen Poloz.

Poloz said he expects the inflation rate to be above the central bank’s two per cent target in 2018, but he is comfortable with that as long as the long-term trend is steady, according to media reports published on Sunday.

“He emphasized he won’t be in a rush to hike rates just because inflation is ticking higher,” said Adam Button, a currency analyst at ForexLive in Montreal.

Poloz’s comments come after some recent data which has pointed to a slowdown in the domestic economy.

Canadian wholesale trade decreased by 0.8 per cent in February from January, amid falling sales in the miscellaneous and motor vehicles and parts subsectors, Statistics Canada said on Monday. Analysts had expected a 0.5 per cent increase.

“The market is more excited about Fed rate hikes than Bank of Canada rate hikes and the bond market is really screaming that at the moment,” Button said.

The U.S. dollar rallied to a seven-week high on Monday as investors bought the greenback on the rise in the 10-year U.S. Treasury yield toward the psychologically important 3 per cent level.

The price of oil, one of Canada’s major exports, turned positive in volatile trade. U.S. crude oil futures settled 0.4 per cent higher at $68.64 a barrel.

Canadian government bond prices were mixed across the yield curve, with the two-year up 2 cents to yield 1.916 per cent and the 10-year falling 10 cents to yield 2.349 per cent. 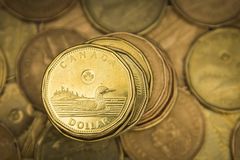 Don’t be so downbeat on the loonie, top currency forecasters say
April 9, 2018 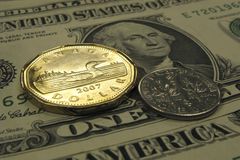