Perhaps the most interesting thing to try and calculate after the seeming trade ceasefire between the United States and China is the level of cynicism that will greet the new detente.

President Donald Trump and his Chinese counterpart Xi Jinping agreed to halt imposing additional tariffs on each other’s imports while they try to reach a deal to end their trade dispute within 90 days.

The agreement, reached at a meeting between the two leaders at the weekend G20 summit in Buenos Aires, certainly appears to be a de-escalation of trade tensions. And it does provide yet another opportunity for some sort of lasting deal.

However, it also appears long on rhetoric and short on substance - largely in keeping with much of Trump’s pattern of dealing with foreign trade policies.

The mercurial U.S. leader was effusive on the meeting with Xi, telling reporters on Air Force One that China has agreed to immediately buy “tremendous amounts of agricultural and other product” and this will have an “incredibly positive impact on farming.”

The official Chinese news agency, Xinhua, was somewhat more circumspect in its reporting of the meeting. It didn’t mention the 90-day deadline, nor any agreement to step up agricultural or other commodity imports.

Instead, Xinhua stressed the two leaders had agreed not to escalate the tariff war and to “take immediate efforts to address issues of mutual concern based on mutual respect, equality and mutual benefit.”

The more skeptical and jaded of observers may conclude that it seemed Trump and China were once again talking past each other, and in 90 days time Washington and Beijing will find themselves more or less back where they are now.

Still, the market could take a positive view of the development. Certainly crude oil’s initial reaction was bullish, with Brent rising as high as $61.22 a barrel in early Asian trade on Monday, up 4.3 per cent from the close on Nov. 30.

However, there will be some interesting concrete signals within that period.

Perhaps the most obvious impact of the trade dispute so far has been China’s decision to almost totally cut out imports of U.S. soybeans and energy commodities such as crude oil, coal and liquefied natural gas (LNG).

There is something of an irony in this. One of Trump’s stated aims was reducing the U.S. trade deficit with China, but the dispute has widened it, partly because China stopped buying commodities.

China’s imports of U.S. commodities had shown strong growth prior to the imposition of tariffs in the middle of this year. Imports of U.S. crude peaked in June this year, when almost 14 million barrels, or about 466,000 barrels per day (bpd), arrived.

In the first nine months of this year, China imported about 328,000 bpd from the United States - about 3.6 percent of its total crude imports.

But this dropped to zero in October, and in November one cargo of U.S. crude was discharged, according to ship-tracking data compiled by Refinitiv. No cargoes are currently booked to arrive in December, or beyond, according to the data.

Similar to crude, no U.S. cargoes of LNG - which is subject to Chinese tariffs - arrived in China in October, although two were discharged in November.

However, no cargoes are slated for arrival in December or beyond.

In the first nine months of the year, 31 ships delivered a total of 2.2 million tons of LNG from the United States to China, representing about 6 percent of total imports, according to the vessel-tracking data.

China imported zero U.S. coal - subject to tariffs - in October, two cargoes totalling about 211,000 tons in November, and none are scheduled to arrive in December or January.

In the first nine months of the year, China imported 3.2 million tons of U.S. coal, the majority of this being higher-value metallurgical coal used in steelmaking.

China’s imports of U.S. soybeans fell to just 66,955 tons in October, down from 1.33 million tons for the same month in 2017. While these have collapsed since May, imports from Brazil have been ramped up to well above 2017 levels.

However, China has in the past boosted its purchases of U.S. soybeans in the fourth and first quarters of each year - this is when the U.S. crop is ready and Brazil’s has yet to be harvested.

What this means in terms of the Trump-Xi meeting at the G20 is that it’s going to be apparent fairly quickly if China is going to switch tactics and resume buying U.S. commodities.

It will be relatively simple for China’s buyers of crude oil, LNG, coal and soybeans to re-enter the market and fix cargoes from the United States.

It will still take several months for cargoes to reach China and show up in import figures, but the ship-tracking and port data should show quite quickly if cargoes are being arranged.

Given the seeming gap in the expectations of Washington and Beijing, the track record of Trump in flip-flopping his positions and the Chinese need to preserve “face” in any eventual deal, the safest option is probably to be skeptical about the real-world implications of the G20 meeting. 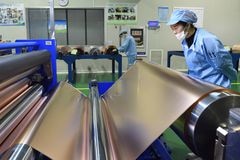 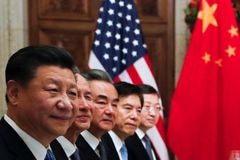