Concerns that Chinese property developers could default on their massive loan books ripped across global markets on Monday, with the TSX suffering its worst decline since January just as Canadians were casting ballots in the federal election.

The sudden descent in stocks, which started in Asia and quickly engulfed investors worldwide, shattered an extended period of calm and generally rising asset values that many top market strategists had warned was unlikely to last much longer.

The CBOE volatility index, known as Wall Street’s fear gauge, hit its highest level in about six months, as investors sought safely in gold and bonds and shunned equities in all major sectors on North American exchanges. However, U.S. and Canadian stocks both closed off their lows, and a lack of fresh option positioning for more downside protection suggested there was optimism that the pullback would be soon contained.

Markets were already showing weakness in September, which has historically been a soft month for equities. Since Labour Day, the S&P/TSX Composite Index has only risen two days. There have been a multitude of concerns keeping investors cautious, including a potentially messy political fight in Washington over the U.S. debt ceiling, the continued struggle to keep COVID-19 cases under control, and signs of surging inflation and supply shortages in parts of the economy. Investors are also anxiously awaiting the U.S. Federal Reserve’s latest economic and interest-rate policy update on Wednesday.

But on Monday, rising concerns over debt-engorged Evergrande, one of China’s biggest real estate developers, appeared to be the main catalyst to cause markets to buckle.

Evergrande has been scrambling to raise funds to pay its lenders, suppliers and investors, with regulators warning that its US$305-billion of liabilities could spark broader risks to the financial system if not stabilized.

Shares in Hong Kong-listed Evergrande plunged as much as 19 per cent to more than 11-year lows, raising concerns about the health of China’s economy and the potential impact on other markets.

Many analysts say they expect China’s government will act to prevent a blow-up serious enough to cause losses to cascade through markets and to other Chinese lenders. But the uncertainty was enough to upset Wall Street after the S&P 500 glided higher in almost uninterrupted fashion since October.

“While the Evergrande situation is front and center, the reality is, stock market valuations are overstretched and the market has enjoyed too long of a break from volatility and Monday’s stock market declines are not surprising,” David Bahnsen, chief investment officer of wealth-management firm the Bahnsen Group said in a research note.

Monday’s decline in the TSX was in sync with declines seen on Wall Street, sending a clear signal that global concerns – rather than domestic politics – are playing the dominant role in making Canadian investors nervous.

Indeed, the impact of the election on Canadian equities is “a bit murky,” National Bank of Canada economists said in a note on Monday. “If anything, the TSX has managed to outperform the S&P 500 (and a host of other major indices) since the writ was dropped, notwithstanding a good deal of noise related to prospective Liberal-NDP tax measures.”

Since mid-August, when the election started, the Canadian benchmark index has declined 1.7 per cent while the S&P 500 has dropped 2.4 per cent.

The Hang Seng, Hong Kong’s main index, dropped 3.3 per cent for its biggest loss since July. Many other markets in Asia were closed for holidays. European markets fell about 2 per cent.

Strategists at Morgan Stanley added to the bearish tone on Monday, saying they expected a 10-per-cent correction in the S&P 500 as the Fed starts to unwind its monetary support, adding that signs of stalling economic growth could deepen it to 20 per cent.

Nevertheless, options traders are showing little appetite for more protection, a sign that at least some of them believe the current sell-off will be short-lived.

Options market analysts said there were few indications that investors were putting on trades to shield their portfolios from further market drops, at least for now.

“The sell-off appears to me orderly, somewhat expected and not panicky,” Susquehanna International Group’s Chris Murphy said. “It’s going to probably take a little bit more than one day for everyone to start piling into hedges.”

Instead, many investors appeared to be focused on reaping gains on existing hedges that would have profited from a fall in stocks, analysts said.

“Remember that the market was extremely well-hedged coming into this move down,” Amy Wu Silverman, equity derivatives strategist at RBC Capital Markets, said in a note.

“We are seeing hedges monetized and investors actually purchase upside via call spreads in S&P,” she said.

Buying upside call spreads is a relatively inexpensive options strategy that allows investors to benefit from a rebound in stock prices.

Stock market sell-offs over the past few years have been fleeting. That raises the urgency of monetizing – or taking profits from – existing hedges before a rapid rebound in prices can erase the gains, analysts said. 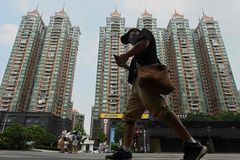 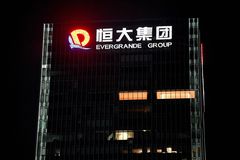 China Evergrande is not ‘too big to fail,’ editor of state-backed newspaper says
Subscriber content
September 17, 2021 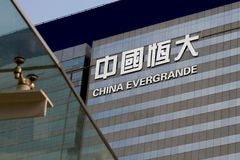