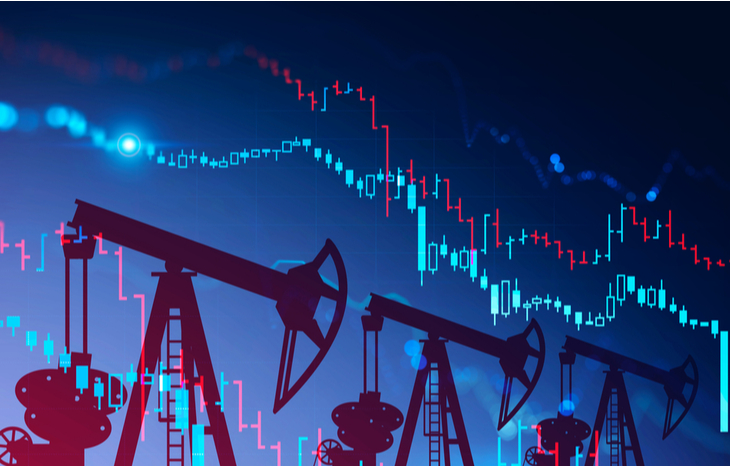 Huge capital is pouring into a niche that has yet to become crowded with speculative money during this bull market: Carbon Capture.

Carbon capture technology involves finding innovative strategies to capture and store CO2 emissions before they escape into the atmosphere. According to the experts, we already have technology capable of capturing up to 90% of CO2 emissions released through the burning of fossil fuels to power life and industry today.

The problem is about incentivizing application of this technology as well as the discovery of new tools to do the job even better.

Luckily the new Biden administration has pledged to make carbon capture investments a significant priority. Elon Musk, CEO of Tesla Inc (NASDAQ:TSLA) has also pledged to reward the best new Carbon Capture innovation with a prize of $100 million. Microsoft Corporation (NASDAQ:MSFT) recently unveiled plans to invest $1 billion to back companies and organizations working on Carbon Capture technologies. And the Canadian government is pushing to provide incentives for at least two gigantic new carbon capture projects by 2030.

Between these sources, billions of dollars are set to power the Carbon Capture marketplace. And this doesn't even count major corporate investments incentivized by these carrots or the strong likelihood of other similar carrots yet to be announced. It all adds up to a blossoming theme that could power a new and significant thematic investment narrative now in its early innings.

With that in mind, we take a look here at a few interesting names with recent catalysts in the space.

Brookfield Renewable Partners LP (NYSE:BEP) is a key player in the renewables space and has recently formed partnerships leading it seemingly inextricably into the carbon capture space.

"We had a strong quarter, as we delivered solid financial results and executed on a number of key strategic initiatives including securing a 25-year contract-for-difference to support almost 1.5 gigawatts of offshore wind, initiated one of the largest onshore wind repowerings in the world, and entered a strategic collaboration with the world's largest corporate buyer of renewable power," said Connor Teskey, CEO of Brookfield Renewable. "This broad range of transactions and agreements highlight the unique strengths of our business. We continue to see attractive large-scale opportunities leveraging our strengths to participate in the accelerating build out of renewables and the transition of existing generation to cleaner forms of electricity production."

Even in light of this news, BEP has had a rough past week of trading action, with shares sinking something like -3% in that time. That said, chart support is nearby, and we may be in the process of constructing a nice setup for some movement back the other way. Shares of the stock have powered higher over the past month, rallying roughly 3% in that time on strong overall action.

Brookfield Renewable Partners LP (NYSE:BEP) managed to rope in revenues totaling $1.2B in overall sales during the company's most recently reported quarterly financial data — a figure that represents a rate of top line growth of 34.9%, as compared to year-ago data in comparable terms. In addition, the company is battling some balance sheet hurdles, with cash levels struggling to keep up with current liabilities ($1.2B against $4.3B, respectively).

Viking Energy Group Inc (OTC US:VKIN) is the most recent entrant into the carbon capture space, and probably the most speculative, given its OTC status. However, that can also mean it may offer the most explosive upside potential if it starts to get traction with retail investors in the market. In fact, that may already be underway as the stock has ramped over 200% in the past couple weeks after announcing a licensing deal to deploy top tier carbon capture technology on an industrial scale.

Note that this company is majority owned by Camber Energy Inc (NYSEAMERICAN:CEI), which recently announced a deal granting access to large financing on very strong terms. This could also be a factor in helping to sell the idea that Viking's push into the blossoming carbon capture space rests on a strong financial foundation. It should also be noted that VKIN is already established as a growing player in the oil and gas production market space, and both the crude oil and natural gas markets have been surging.

Viking Energy Group Inc (OTC US:VKIN), as noted, recently entered into an Exclusive Intellectual Property License Agreement with ESG Clean Energy regarding ESG's patent rights and know-how related to stationary electric power generation, including methods to utilize heat and capture carbon dioxide. This has the potential to catapult VKIN into a key position in the clean energy space.

According to the release, the ESG Clean Energy System is designed to generate clean electricity from internal combustion engines and utilize waste heat to capture ~ 100% of the carbon dioxide (CO2) emitted from the engine without loss of efficiency, and in a manner to facilitate the production of precious commodities (e.g., distilled/ de-ionized water; UREA (NH4); ammonia (NH3); ethanol; and methanol) for sale.

James Doris, President and Chief Executive Officer of Viking, commented, "In my view this transaction positions us as an industry leader in terms of being able to assist with the power generation needs of commercial and industrial organizations while at the same time helping them reduce their carbon footprint to satisfy regulatory requirements or to simply follow best ESG-practices. We are excited to be able to use the platform of Simson-Maxwell Ltd., our recently acquired majority-owned subsidiary, to promote the ESG Clean Energy System."

Viking Energy Group Inc (OTC US:VKIN) now has clear exposure to the carbon capture boom as well as established exposure to the crude oil and nat gas markets, granting the stock an explicit foundation for new interest along multiple lines. Hence, it's not overly surprising to see interest in VKIN shares surging over the past two weeks. But this is an OTC stock coming off deep discount levels, suggesting it could have powerful continued upside potential and should bear close attention for speculators in the weeks ahead.

Clean Energy Fuels Corp (NASDAQ:CLNE) is another play with roots taking it in the carbon capture direction. According to company materials, CLNE engages in the provision of natural gas as an alternative fuel for vehicle fleets in the United States and Canada.

Clean Energy Fuels Corp (NASDAQ:CLNE) recently announced a slew of new deals in response to the demand for renewable natural gas (RNG), a fuel produced from organic waste, as more fleets adopt and expand their use of the low-carbon transportation fuel. RNG represents more than 74 percent of the 26 million gallons of fuel Clean Energy expects to provide through these recent signed agreements. Clean Energy has a stated goal of providing 100 percent zero-carbon renewable fuel at its stations by 2025.

"Fleets that are looking to lower their emissions are switching to RNG because it can provide immediate and significant carbon reductions," said Chad Lindholm, vice president, Clean Energy. "They're finding that RNG is the easiest and most cost-effective way to meet sustainability goals."