MONTRÉAL, June 1, 2021 /CNW Telbec/ - Cogeco Inc. (TSX:CGO.TO) is pleased to announce the appointment of Caroline Paquet as President of Cogeco Media, its radio broadcasting subsidiary. This appointment will take effect on July 5, 2021 . 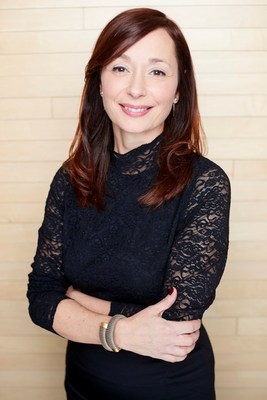 "We are delighted to welcome Caroline to the Cogeco family. Her extensive media and marketing expertise will help strengthen Cogeco Media's already enviable position on Québec's radio landscape," says Philippe Jetté, President and Chief Executive Officer of Cogeco Inc. He adds: "Over the past year, the radio industry has faced huge challenges and I am very confident that Caroline's unifying leadership approach and exceptional creativity will bring renewed energy to the pursuits of our 23 radio stations."

Caroline joined Quebecor in 2005 and has held the position of Vice President, Marketing and Content at Vidéotron since 2017. Her impressive track record includes the development of the Club Illico business plan and its launch, which is considered an industry success. She is known for her ability to translate an organization's vision and its ambitions into business achievements. She has previously held leadership positions with various marketing and advertising agencies.

For his part, Richard Lachance , who has held this position on an interim basis since December 2020 , will remain a special advisor to Cogeco Inc.

"I also want to take this opportunity to sincerely thank Richard Lachance , who is truly passionate about radio. From the moment he joined Cogeco in 1999, and more recently when he reassumed the position of interim President, he has demonstrated his constant commitment and drive. By sharing his in-depth knowledge and love of radio, he enabled Cogeco Media to reach new heights and to be in a better position to weather the difficulties of the recent months," concluded Mr. Jetté.

ABOUT COGECO
Cogeco Inc. is a holding corporation which operates in the communications and media sectors. Its Cogeco Communications Inc. subsidiary provides residential and business customers with Internet, video and telephony services through its two-way broadband fibre networks, operating in Québec and Ontario, Canada , under the Cogeco Connexion name,  and in the United States under the Atlantic Broadband brand (in 11 states along the East Coast, from Maine to Florida ). Its Cogeco Media subsidiary owns and operates 23 radio stations with complementary radio formats and extensive coverage serving a wide range of audiences mainly across the province of Québec, as well as Cogeco News, a news agency. Cogeco's subordinate voting shares are listed on the Toronto Stock Exchange (TSX:CGO.TO). The subordinate voting shares of Cogeco Communications Inc. are also listed on the Toronto Stock Exchange (TSX:CCA.TO).

ABOUT COGECO MEDIA
Cogeco subsidiary, Cogeco Media, owns and operates 22 radio stations across Québec and one station in Ontario , including talk network stations 98.5 in Montréal, 106.9 in Mauricie, 107.7 in Estrie and 104.7 in Outaouais; FM 93 in Québec City and 95,7 KYK in Saguenay; the Rhythm FM network of stations in Montréal, Québec City, Mauricie and Estrie; the stations of the Planète network in Saguenay-Lac-St-Jean, and of the Capitale Rock and WOW network in Abitibi-Témiscamingue. Cogeco Media also owns CIME stations in the Laurentians, Lachute and Hawkesbury ( Ontario ), CKOI, The Beat and Radio Circulation in Montréal. Leaders in their respective markets, Cogeco Media's stations reach more than 5.3 million listeners each week, offering varied and relevant programming for a wide audience. It also owns Cogeco Nouvelles, the largest private news radio agency in Québec.