More than $900 million of VGX and LGO tokens swapped for VGX 2.0, a new utility token

NEW YORK , Aug. 31, 2021 /CNW/ -  Voyager Digital Ltd. (CSE: VYGR) (OTCQX: VYGVF) (FRA: UCD2), the fastest-growing, publicly traded cryptocurrency platform in the United States , completed one of the largest token swaps and mergers in the history of cryptocurrencies. The swap and merger combine the original Voyager token, VGX, with the LGO token that originated from the European digital asset exchange, LGO, SAS acquired by Voyager in December 2020 . To complete the token swap, the VGX and LGO tokens were converted to a single, new token under the ticker VGX. At the time of the official swap, the new VGX had a total market capitalization of over $900 million . 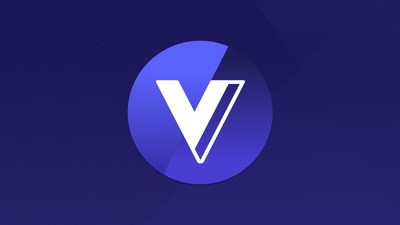 The token swap required a series of new smart contracts on the Ethereum blockchain, and the development of new features such as on-chain staking rewards and more. The new token smart contracts and swap portal were built by Republic Crypto, a crypto advisory group based in New York City . The new VGX token has more utility features than the predecessor tokens, and when held on the Voyager app, can earn 7 percent annual rewards. The token will also power the upcoming Voyager Loyalty Program.

"This historic token swap brings together two loyal token communities, VGX and LGO, from around the globe," said Stephen Ehrlich , Voyager's CEO and Co-founder. "Holders of the new VGX token will benefit from Voyager's Loyalty Program, which will include staking rewards, increased referral bonuses, cash back on trades, and more features as we continue to expand our product offering on the Voyager app."

"As the blockchain industry matures, we'll continue to see more crypto company acquisitions and token mergers, and now we have a successful framework for token mergers of this scale," said Andrew Durgee , Head of Crypto and Tokenization at Republic. According to Durgee, "the VGX/LGO token swap was not the first of its kind, but the largest in volume and most complicated yet."

When the token swap portal was first released on August 1st , approximately 100 million VGX and LGO tokens were swapped in under 48 hours. On the Voyager app, the official token swap began for VGX token holders on August 16th and completed on August 20th . International token holders will be able to swap until September 20th, and continue to stake via the web portal on an ongoing basis.

About Voyager
Voyager Digital Ltd. is the fast-growing, publicly traded cryptocurrency platform founded in 2018 to bring choice, transparency, and cost efficiency to the marketplace. Voyager offers a secure way to invest and trade in over 60 different crypto assets, with zero commissions, using its easy-to-use mobile application, and earn rewards up to 12 percent APY on more than 30 cryptocurrencies. Through its subsidiary Coinify ApS, Voyager provides crypto payment solutions for both consumers and merchants around the globe. To learn more about the company, please visit https://www.investvoyager.com .

Neither the TSX, the CSE nor its Market Regulator (as that term is defined in the policies of the Canadian Securities Exchange) accepts responsibility for the adequacy or accuracy of this release. No securities regulatory authority has either approved or disapproved of the contents of this press release.

About Republic
Republic is a leading alternative investment platform open to all investors. Republic has deployed over $500 million in investments in 500+ companies across one million users in 100 countries. Republic is backed by both strategic capital partners and traditional venture capital firms including Galaxy Digital, Binance and Passport Capital. Founded in 2016, Republic is based in New York City and has 150+ employees. Republic has its own profit-sharing token, the Republic Note. For additional information, visit republic.co , @joinrepublic , and facebook.com/joinrepublic .

Forward Looking Statements
This news release contains "forward-looking statements" that are based on expectations, estimates, projections and interpretations as at the date of this news release. Forward-looking statements are frequently characterized by words such as "plan", "expect", "project", "seek", "intend", "believe", "anticipate", "estimate", "suggest", "indicate" and other similar words or statements that certain events or conditions "may" or "will" occur. Such forward looking statements involve known and unknown risks, uncertainties and other factors which may cause the actual results, performance or achievements of the Company to be materially different from any future results, performance or achievements expressed or implied by such forward-looking statements. Such risks and other factors may include, but are not limited to, those risk factors outlined in the Company's Management Discussion and Analysis as filed on SEDAR. The Company does not undertake to update any forward-looking information except in accordance with applicable securities laws.