Use of cash has been surprisingly strong in the pandemic, while credit card use has plunged.

Roughly five weeks into physical distancing, we’re seeing some notable and even odd changes in the nation’s personal finances.

Bank of Montreal says credit-card spending was down 20 per cent to 30 per cent in March on a year-over-year basis. “In certain categories, it’s almost gone,” said Erminia (Ernie) Johannson, BMO’s group head of North American personal and business banking. “There’s nothing coming through on travel – it’s about 90 per cent down. Believe it or not, people are still renting cars. We’re seeing bizarre things like that.”

Grocery spending is up, but not as much as it was a few weeks ago when people were stripping grocery store shelves of toilet paper. And while there don’t seem to be many opportunities to use cash as we practise physical distancing, use of BMO’s ATM network has been stable.

“We’re still seeing ATM withdrawals, so we know cash is being used in the system,” Ms. Johannson said in a phone interview from her Toronto home. “We’re all very cognizant of the fact that we need to make sure cash still flows.”

Some of the recent changes in banking are an acceleration of trends that were already happening. For example, there’s been a 250-per-cent increase recently in the number of people enrolling for online banking and digital banking through BMO’s app for smartphones and tablets. There are also more people using the BMO Insights money-management tool, which is similar to other bank apps that help customers keep closer track of where their money is going.

At BMO branches, teller transactions have been down close to 30 per cent and hours have been trimmed back to 10 a.m. to 4 p.m. Branch staff have been shifted away from processing transactions to calling clients to help answer their many questions.

Ms. Johannson said branch staff are serving a dual role in the pandemic – providing banking services and human contact for people worried about their finances, their health and their families. “There is a lot of anxiety, no question about it. The question we’re getting asked is, ‘How long will this last?' ”

Clients are also asking questions about government support programs such as the Canada Emergency Response Benefit (CERB) and about the financial relief that banks are offering customers experiencing hard times as a result of the pandemic. Banks offer deferrals on mortgage payments for up to six months on a case-by-case basis and similar help with loans and credit cards.

The mortgage deferrals have been hugely popular – the Canadian Bankers Association reports that almost 600,000 clients of its 13 member banks had arranged mortgage deferrals or to skip a payment as of April 8. Ms. Johannson said that in actual practice, people are using the deferrals differently.

“Customers are saying, look, I don’t really know if I want to take the full six months, or they wait to only start their deferral in a month,” she said. “We’re customizing as much as we can.”

We know things will get worse on the financial side of the pandemic. Ms. Johannson said that as of the second week of April, she had not seen a big drawdown on lines of credit and neither had a big surge in missed payments happened.

Still to come: an adjustment period as people who are out of work try to manage their finances using the $500 weekly payments from CERB, which is available to people who have stopped working because of the pandemic and don’t have other types of income support.

One sign of financial stress is already rampant – fraud. Ms. Johannson said cybersecurity industry numbers showed a surge of more than 600 per cent in suspicious activity from February into March. Specifically, she warned of frauds offering access to government benefits, to medical services – quick access to COVID-19 tests, for example – as well as fake charities.

Be a skeptic when you get these and other e-mails and texts designed to steal your personal banking information, she said. “Slow down and take a look at the e-mail address – there’s no way something from BMO is going to be attached to a Gmail address.” 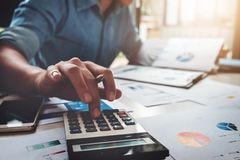 Opinion
In tough times, banks can take your HELOC safety net away
April 9, 2020 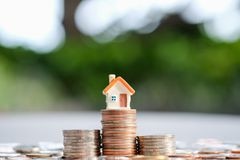