An atrocious RRSP season for the investment industry may suggest Canadians are making some pretty smart personal-finance decisions right now.

The theory goes like this: Flows of money into investment products of all types fell drastically late last year and in the first quarter of 2019 because people were paying down debt.

There are reasons to not get too excited by any such trend, one of them being that those with the riskiest debt loans probably aren’t among those paying down what they owe. But thanks to a combination of factors ranging from the stock-market plunge last winter and interest-rate increases over the past year, many people seem to have made a priority of debt repayment. Kudos to them.

The financial market analysis firm Strategic Insight Canada is the one connecting the dots between weak sales of investments and debt repayment.

The firm reports that net flows of money into long-term mutual funds and exchange-traded funds (excluding money market funds) fell to $9.8-billion in the first three months of this year, down from $22-billion in the same period of 2018 and about $25-billion in 2017.

Strategic Insight has ruled out a worsening economy as the reason for this decline. While growth is slow, incomes and employment have not changed for the worse over the past 12 months. Volatile stock markets probably did scare some people away from investing. “On one hand, equity markets are not very inviting,” said Carlos Cardone, senior managing director at Strategic Insight Canada. “On the other hand, fixed income is going through its own troubles.”

If people were nervous about the markets, you’d expect them to park money in deposits such as savings accounts and guaranteed investment certificates. But Mr. Cardone said that deposit growth hasn’t picked up much in 2019 over previous years. The most notable change in deposits is that GICs with terms of one to three years are taking some money away from savings accounts.

The conclusion drawn by Mr. Cardone from these money trends is that people are paying down debt with money they would otherwise have invested. “If you talk to your average bank or credit union, they will tell you that this is a trend that is taking shape,” he said.

The reallocation of money away from investments toward debt repayment actually began in the latter half of 2018, Strategic Insight says. This was a time when the Bank of Canada was pushing interest rates higher and there was a growing sense that rates could rise even further. At the same time, growth in new borrowing was falling fast.

Current levels of debt growth are lower than in the 2008 recession, said Benjamin Tal, deputy chief economist at CIBC World Markets. He sees tighter regulations on mortgages and other lending as having caused a lot of this decline, notably the stress tests that ensure mortgage borrowers can afford to carry their debts if interest rates jump.

“A lot of the slowing [in debt growth] that we’re seeing is forced on the market – it’s not by choice,” Mr. Tal said. “People simply cannot [borrow all the money] that they want.”

One result of tighter lending rules is that the people who actually are borrowing are financially resilient and able to carry their debts. It’s this particular group of borrowers that Mr. Tal says is paying off debt right now, not the most heavily indebted households.

This meshes with the Strategic Insight theory about money flowing away from investments and into debt repayment. You can only make this shift if your financial position is strong enough that you have money to invest.

The most widely followed measure on household indebtedness, the ratio of after-tax debt to income, is still exceptionally high at near 180 per cent (people on average owe $1.80 for every $1 of net income). Are we finally seeing a wave of debt repayment that will hammer down this ratio?

Mr. Cardone speculates that if financial markets keep rising and interest rates stabilize, people may ease up on debt repayment. Let’s hope not. Now is the perfect time to reduce debt – before interest rates rise further, or the economy tanks. Either way, you win by attacking debt.

Goodbye, variable-rate mortgage. Everyone’s going fixed these days, and for good reason
May 3, 2019 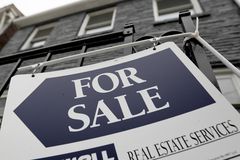 Opinion
Interest-rate bonuses are how online banks pretend to be competitive
May 1, 2019 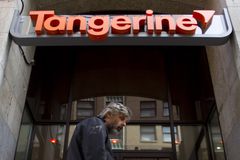 Suburban living: The 25-per-cent-off sale in the housing market that comes with a catch
April 26, 2019 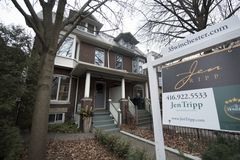