What’s worse than a variable-rate mortgage that keeps getting more expensive as interest rates rise?

The answer is a variable-rate mortgage where payments stay the same instead of rising to reflect higher borrowing costs. Static payments mean your lender is using more of your payment to cover your rising interest costs and applying less against principal.

The amount of time it takes to pay your mortgage in full – the amortization period, in other words – should decrease steadily as you make your payments. But having more of your payment go toward interest and less against principal slows down the process of paying off a mortgage. Unless you make extra payments, it could take years longer to be mortgage-free.

Financial planner Jason Heath has a client who started with a variable-rate mortgage where the amortization period has actually increased over what he started with. “He was a bit surprised, and it caught me off guard, too,” Mr. Heath said. “But when you start actually doing the math, you see that since the summer of 2017 we’ve seen rates go up 1.25 percentage points.”

“[The borrower] would have to be prepared for the expectation that the payment could be bumped up quite significantly,” mortgage consultant Sandra Epstein said.

The term variable-rate mortgage is an imprecise one. One type keeps your mortgage payments level, even as the actual rate changes.

Another type is the adjustable rate mortgage, which is what you should ask for if you’re just now setting up a variable-rate mortgage. Adjustable rate means that every time banks change their prime rate, both the interest rate on your mortgage and your payment will adjust higher or lower.

Mr. Garganis supplied this disclosure from one bank’s variable-rate information kit for mortgage brokers: “The payment remains constant. If rates rise, more of the monthly payment is applied to interest.”

The latest Annual State of the Residential Mortgage Market in Canada report from Mortgage Professionals Canada showed that 28 per cent of all mortgages were variable-rate. Four per cent were variable-fixed hybrids and the remainder were on a fixed-rate.

Variable-rate mortgages set up five years ago were based on a prime rate of 3 per cent – with a discount you might have paid 2.5 per cent. Today’s more aggressive discount would get you a variable rate of 2.85 per cent (based on a 3.95 per cent prime), which compares with 3.6 per cent on a discounted five-year fixed-rate mortgage. Whether you go fixed or variable, you will face a higher rate at renewal.

Your lender will also look at your balance owing and amortization when renewing your mortgage. If you’re coming off a variable-rate mortgage with payments that stayed put while rates rose, you may find higher rates are being applied against a mortgage balance that didn’t get chopped down as much as you might have expected. You could find yourself paying much more per month post-renewal because of both higher rates and the need to bring your amortization period into line.

If you have made a prepayment on your mortgage or you make payments on an accelerated biweekly basis instead of monthly, then you have taken extra steps to eat away at your principal. This will at least partially offset the impact of rising rates on a variable-rate mortgage with level payments.

One final word of warning for those holding variable-rate mortgages with level payments: In the unlikely event of a surge in interest rates, your payment may not even cover the interest owing on your mortgage. In that case, your lender will increase your payment to make sure your interest cost is fully covered. 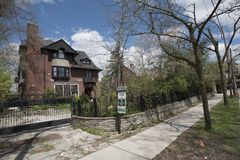 This is a definitive sign you have overborrowed and owe too much
November 7, 2018 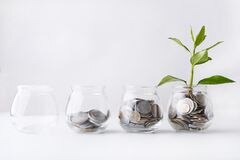 The case for 30-year mortgages as a financial stress reliever for new buyers
November 6, 2018 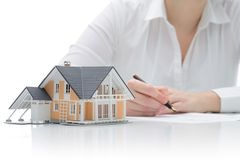