Our strange debt dichotomy: People are stressing like crazy about what they owe, but not seeking help.

The pressure on households only gets worse in the near-term outlook. The latest Bank of Canada interest rate increase immediately affects variable-rate mortgages, lines of credit and floating-rate loans. We now have a cumulative increase in the central bank’s benchmark overnight rate of 1.25 percentage points since summer 2017, which is a lot when you consider that we’ve gone to 1.75 per cent from a measly 0.5 per cent.

Polls and surveys documenting high levels of debt stress arrive almost weekly these days. The latest, issued earlier this week by insolvency trustees MNP Ltd., suggested that one-third of Canadians are concerned rising rates could move them toward bankruptcy.

This widely documented stress helps explain why the pace of borrowing growth has fallen sharply in recent months. Containing new borrowing is a good first step in reducing debt stress, but getting help to cut existing debt loads also makes sense. So where’s the demand for help with debts?

“People might be stressed about their money, but there’s a mentality that this is the way everybody lives," she said. “This is the new norm.”

Not for everyone, though. Earlier this month, I wrote about a survey in which 34 per cent of adults with children said their debt was overwhelming and they didn’t know what to do about it. A Toronto woman responded with an e-mail saying that she and her husband were among the 34 per cent. “What kind of financial professional can help us get a handle on where we stand and what, specifically, do we need to do?” she asked.

One option is a financial planner who charges flat or hourly fees and doesn’t sell investment products. Kathryn Mandelcorn, a Vancouver-based cash-flow specialist with Spring Financial Planning, will do a two-hour debt-busting session for $550. For a fee starting at $2,600, you get a series of five meetings and a plan for cash-flow management and debt reduction.

“I do a detailed cash-flow plan in order to set a foundation,” Ms. Mandelcorn said. “It’s not just asking people, hey, what do you spend in a year, because most don’t really know, especially if they’re in debt.” (Here’s a list of fee-for-service planners across the country.)

Ms. Campbell’s non-profit credit counselling agency (funding comes from lenders such as banks) offers free consultations. “We will work on a budget, look at the full debt situation, offer options to you based on a snapshot of your financial situation at the time.”

More intensive help is available through a debt-management plan, where you agree to pay back the principal you owe over a set period and get a break on the interest. Yes, your credit score could be negatively affected if you adopt one of these plans. “I gotta tell you, most of the people who come in to see us have a poor credit score to begin with,” Ms. Campbell said.

A licensed insolvency trustee can set up a consumer proposal, a debt repayment plan where you avoid bankruptcy, or help you through the process of declaring bankruptcy. However, Mr. Hoyes said two-thirds of the people who come to his firm, Hoyes Michalos, end up taking neither option. “A lot of the time it’s because what people really need is a bit of help with budgeting, or to refinance their house,” he said. “We do a lot of soft advice.”

There’s no cost to an initial consultation with an insolvency trustee, Mr. Hoyes said. If you go ahead with a consumer proposal or bankruptcy, the trustee is paid a percentage of what you owe.

For a do-it-yourself approach to getting control of your spending with a budget, consider the Canadian version of spending tracker Mint.com. For in-depth budgeting, there’s YNAB – “you need a budget” – at US$83.99 a year.

We’re probably not done with interest rate increases, which means more debt stress ahead. If you need help, it’s out there. 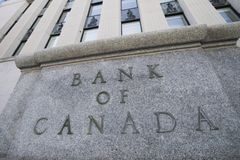 How you and I and Alice could temper the Bank of Canada’s rate hikes. But not today Subscriber content
October 24, 2018
Most families will get rebates from new carbon tax, Trudeau says
October 24, 2018 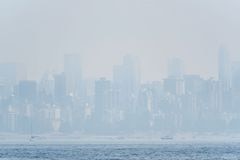