Get ready to start paying the bill for gradually increasing the amount of retirement income paid by the Canada Pension Plan in the next four and a half decades.

The process of improving the CPP’s usefulness to retirees will mean seven years of incrementally higher contributions from workers and employers starting Jan. 1. Benefits will start rising immediately as a result of the enhancement, but only by token amounts in the next few years. The full increase in retirement benefits of 33 per cent to 52 per cent over current levels – the exact increase depends on your income – will be available to new retirees in 2065.

The point of these changes is to make the CPP a bigger factor for the steadily growing majority of the population that does not have a company pension plan and may not have enough saved to maintain their standard of living in retirement. The most recent Statistics Canada numbers show that 37.5 per cent of workers were covered by a pension plan in 2016.

Today’s CPP is designed to replace 25 per cent of your income up to a set limit. By 2065, the CPP will cover 33.3 per cent of income up to the limit. Finance Department numbers show that the current maximum annual retirement pension of $13,610 would be worth approximately $20,750 in 2018 dollars by the time the CPP enhancement process is done – an extra $7,140 a year.

People just entering the work force will be the main beneficiaries of the improvements to the CPP. But how will CPP reform affect people retiring in five years? “It’s virtually meaningless,” said Doug Runchey of DR Pensions Consulting. “It might give them five bucks a month extra, and that’s about it.”

Before we look at how the improved CPP will affect your paycheque in 2019 and beyond, let’s cover some basics. You and your employer evenly split the cost of your annual CPP contributions, with your share rising to 5.1 per cent of pensionable earnings in 2019 from 4.95 per cent this year (self-employed people who participate in the CPP must pay the full contribution).

Pensionable earnings are your earnings up to a ceiling that rises every year to reflect rising wages, minus a basic exemption that in recent years has been set at $3,500. In the pension world, this ceiling is called the yearly maximum pensionable earnings, or YMPE.

The 2019 YMPE is $57,400 – subtract the $3,500 personal exemption and you have CPP contributions pegged to maximum earnings of $53,900. The Finance Department says that at this level, the rise in CPP contributions for an employee over 2018 would come close to an extra $3 or so on each biweekly paycheque in 2019, or about $81 for the year.

Contribution rates for both employees and employers will rise to 5.95 per cent in 2023 and then level off. Then comes a second phase of CPP contribution increases. In order to build a bigger stream of CPP retirement income down the road, rising contribution rates will be applied against increased income beyond the YMPE.

The improved CPP doesn’t hit its stride until 2065, which raises a question of fairness for people who retire well before then and yet will pay higher contributions immediately.

Geoffrey Rubin, senior managing director and chief investment strategist at the CPP Investment Board, said the CPP enhancement was designed so that each population cohort has the opportunity to get out what they paid in. This includes people who will soon retire and thus won’t make significant contributions to the enhanced CPP. “They’re not going to put in much because they’re starting late in their career, and they’re not going to get out much,” Mr. Rubin said.

Both the CPP disability benefit and the survivor’s benefit will be affected indirectly by improvements to the CPP retirement pension. Mr. Runchey, the pension consultant, said both of these benefits are calculated using the retirement benefit as a base.

Part of the process of increasing the CPP's payout to future retirees is a series of contribution increases over the next five years. Here's the schedule for these increases:

How early should you start CPP? How to pick a start date
December 17, 2018 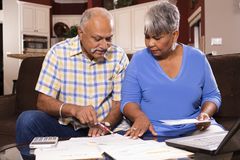 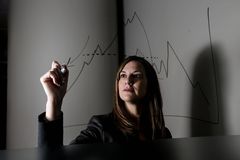 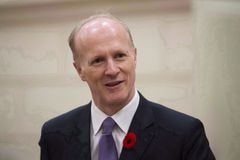