There’s a game-changing win for family finances in the federal government’s budget proposal to deliver child care costing an average $10 per day.

The budget includes cash for seniors, debt help for postsecondary students and faint hope for frustrated young home buyers that a tax on vacant properties owned by non-residents will rein in an unhinged market where sales and prices are streaking higher. But the biggest personal finance measure is disguised as socio-economic policy.

Introducing low-cost child care over the next five years is described in the budget as a productivity measure that works by getting women into the work force. But it’s also a savings for families on a cost that in big cities outside Quebec (where there is already a government daycare program) is known as the second mortgage.

Cheaper daycare could not be more timely for the young adults buying houses these days. There was nothing in the budget to help first-time buyers in today’s real estate market, but a national child-care program would bring some much-needed financial breathing space for families.

Ottawa promised $10-a-day child care in the federal budget. How would that work?

Seniors are also winners in the budget as a result of a one-time $500 payment that would be made in August to Old Age Security recipients who will be 75 or older as of June, 2022. The payment would be exempt from the calculation of income that influences how much Guaranteed Income Supplement seniors receive.

The budget would also raise regular OAS payments for recipients 75 and up by 10 per cent as of July, 2022, a move that would provide an extra $766 in the first year to people receiving the full amount of OAS and then index that amount to inflation going forward.

For postsecondary students, the budget would extend the waiver of interest-rate accrual on federal student loans to March, 2023. The government says this will help 1.5 million people, a majority of them women, save money. Also, the income threshold for receiving student-loan-repayment assistance would rise to $40,000 for people living alone from $25,000. One more measure for students – the budget would double the amount of non-repayable aid available through the Canada Student Grants program for two extra years.

For those who live in fear of broad tax increases in a post-pandemic world, the federal budget offers a respite. The government did follow through on a 2019 election pledge to tax luxury cars, boats and personal aircraft. Starting Jan. 1, cars and aircraft would be subject to a tax equal to the lesser of 20 per cent of the value above $100,000 or 10 per cent of the full value, while boats would be subject to a $250,000 threshold.

Unmentioned in the budget are tax measures that have been talked about for months – a wealth tax, a heavier tax load on capital gains from the sale of financial assets such as stocks and, more recently, an end or changes to the capital-gains exemption on principal residences.

The government has been advised by economists that raising taxes would work against the economic revival being counted on as the pandemic recedes. For now, the feds will try to grow their way out of deficit. Given the size of the deficit, skeptics won’t wait long to resume their worrying about tax increases down the road.

Young adults angry at how soaring house prices are choking affordability in cities across the country will find little to address their needs in the budget. An annual 1-per-cent tax on the value of homes held by non-resident foreign owners would kick in on Jan. 1. Also, changes would be made to make it easier to claim the GST New Housing Rebate when two non-related people buy a home. The rebate applies on homes priced below $450,000.

The budget also announced the government’s intention to address predatory payday lenders by holding a consultation on reducing the criminal rate of interest in the Criminal Code of Canada. The maximum allowable annual interest rate is 60 per cent. 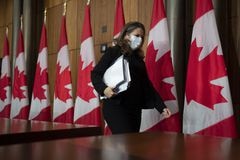 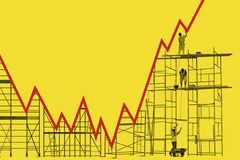