A course in financial securities seemed like just the class to round out Anjana Somasundaram’s final semester of high school.

With years worth of economic reading and workshops under her belt, and an application to Western University’s Ivey Business School in progress, the 18-year-old felt the lessons would complement her education while equipping her with the tools to make savvy personal financial decisions.

But when she found herself dropping $50 on accent pillows for her future dorm room, Ms. Somasundaram realized she was as susceptible to budgeting pitfalls as the thousands of students with no formal grounding in concepts of financial literacy.

The Toronto teen said the experience reinforced something she’d long come to believe – basic money management should be a formal part of every high-school student’s education.

“This is stuff that a lot of kids do want to learn,” Ms. Somasundaram said. “I think there’s a huge interest in the high-school community to actually learn these skills. It’s just which outlet is going to give us this information?”

Recent moves by provincial governments and educational trends suggest students will increasingly be able to develop those skills in Canadian classrooms.

While numerous resources exist to help teachers incorporate financial literacy into their lesson plans, they generally have not formed a mandatory part of most high-school curriculums.

That will change in Ontario next month as an overhauled Career Studies course rolls out in the province’s high schools. The new course outline for the mandatory Grade 10 class contains an explicit focus on financial literacy and says students will be asked to develop a budget for their first year after graduation.

A revamped elementary-school curriculum developed under Alberta’s previous NDP government was also slated to include elements of financial literacy, although its implementation has been put on hold while the new United Conservative government reviews the plan.

One national organization developing teaching tools on the subject said all provinces and territories have been taking a keener interest in bringing finance into the classroom.

Kevin Maynard, vice-president of the Canadian Foundation for Economic Education, said recent meetings with curriculum directors in every jurisdiction indicate the idea is very much on the radar, with many provinces moving to explicitly embed financial literacy into existing courses.

According to the foundation’s research, such a move would be welcomed by students.

A 2016 survey of 6,000 students between the ages of 12 and 17 asked open-ended questions on educational priorities related to financial literacy. The survey was administered in classrooms across the country.

When asked about their preferred venues for learning such concepts, Mr. Maynard said most students pointed to either caregivers or teachers as ideal sources of information. The same study found respondents were the least interested in tackling financial education through apps, online platforms or games, he added.

“Young people want to have that opportunity to have an ongoing discussion with someone they trust,” he said. “It really emphasizes the role of a teacher or a parent.”

Mr. Maynard said while most efforts in schools seem to focus on students in and around Grade 10, financial education is best started even earlier.

Discussions about financial literacy should begin at home and can start taking place as young as five years old, he said, stressing the need to tailor the conversations to the child’s age and circumstances.

Josh Alexander, a high-school teacher at the Waterloo Region District School Board in Southern Ontario, agreed.

The former bank employee said he’s made a point of emphasizing financial literacy in the various business and economics classes he’s taught over the past decade.

He said parents and guardians will do their kids a favour by instilling fundamental concepts and even acquainting them with basic financial instruments such as bank accounts early in life.

“It’s important early on to develop a sense of numeracy and a sense of value,” he said, adding that such conversations lay the groundwork for more sophisticated discussions down the road.

Mr. Alexander said the penny doesn’t seem to drop for many students until financial matters go from the abstract to the concrete, noting it’s often not until teens get summer jobs or other sources of income that the subject takes on greater relevance.

Ms. Somasundaram agreed, saying the true value of her high-school classes and extracurricular learning is only becoming apparent as she prepares for the next chapter in her life. That includes studying at Ivey Business School, where she was accepted in March.

“A lot of people think that as soon as you learn financial literacy you’re super financially competent,” she said. “But I feel like it does take time to implement into your everyday actions. … That’s why it’s good to start young. You have more opportunity to mess up before it truly matters.”

Unexpected costs that can sneak up on college and university students
August 27, 2019 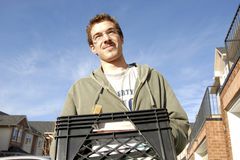 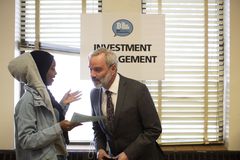 This is why Canadians are so stressed out about money despite good economic times
Subscriber content
March 11, 2019 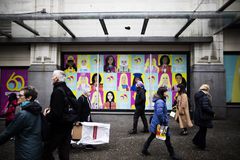