One of the tests of a well-planned retirement is how prepared you are to pay your taxes.

Taxes are the enemy of serenity in retirement. “Our RRSPs have become a tax nightmare,” a Globe and Mail reader said in a recent e-mail that echoes dozens, maybe hundreds, of others I’ve received over the years.

The approach of the April 30 tax-filing deadline makes this an ideal time to discuss retirement and taxes. To start, there’s the paradigm shift for many people of going from taxation at source by your employer while working to paying your own taxes in retirement.

If you do end up owing taxes in your working years, a contribution to a registered retirement saving plan can put you in a position to get a refund. CRA says that 75 per cent of returns received so far for the 2018 tax year generated a refund, and the average return for people signed up for direct deposit is $1,759. Refunds sent by cheque averaged $1,419.

If you’re receiving retirement income from Canada Pension Plan retirement benefits, Old Age Security and any combination of your own savings and a company pension, expect to have a balance owing when you file your taxes.

Daryl Diamond, a Winnipeg financial planner who specializes in retirement, suggests totalling up the amounts received from all your sources of income and then estimating your taxes owing. The easiest way to make sure you have that amount ready after filing your taxes is to save gradually through the year.

“It’s no different than paying your property taxes,” said Mr. Diamond, author of the book Your Retirement Income Blueprint and holder of the certified financial planner designation.

The Globe reader who complained about taxes is Timothy O’Brien of Portland, Ont. He’s unhappy about what he feels is a double tax hit on money withdrawn from his RRSP. There’s a withholding tax when he takes the money out, and then additional tax owing when he files his taxes.

“This horse has probably been beaten to death before, but I feel it needs to be reviewed,” Mr. O’Brien wrote.

Let’s recall that money contributed to an RRSP earns you an equivalent tax deduction. Money invested inside an RRSP is shielded from taxes until you make a withdrawal, ideally at a time when your income is lower than it was when you made the contribution. That way, your tax hit in retirement is lower than the refund you got back when you were working.

The withholding tax on RRSP withdrawals is 10 per cent for an amount up to $5,000, 20 per cent on amounts from $5,000 to $15,000 and 30 per cent for over $15,000 (Quebec has different tax rates). RRSPs must be converted to a registered retirement income fund (RRIF) by the end of the year you turn 71. Withholding taxes on RRIFs apply to amounts above the annual minimum withdrawal based on your age. As Mr. O’Brien has found, the withholding tax may not be enough to cover the full hit on your withdrawal.

Mr. Diamond noted that people can pay their income taxes quarterly, but he finds that clients consider this an annoyance. His preferred approach is to estimate taxes for the year and then devise a plan to pay the amount owing.

“The last thing we want to have happen is that we find out a person owes $3,200 and we have no TFSA, or no non-registered assets to pay that,” he said. “Now we’ve got to go to the RRSP or RRIF.”

Mr. O’Brien also warned about having to withdraw money from an RRSP or RRIF to pay a tax bill. Doing so means you incur a tax bill on money you need to pay your taxes. Withdrawals from a tax-free savings account are preferable because the money isn’t taxable.

Suggestion for retirees: Route a little bit of income every month into a high-interest savings account held within a TFSA to build a pool of money for paying taxes.

Mr. Diamond said he’s sympathetic to the frustration some retirees feel toward RRSPs, but he also thinks people have to be realistic about paying taxes. “It surprises me that someone would think that these things aren’t taxable at some point in time.”

How this business analyst built herself a dividend portfolio and retired early
Subscriber content
March 22, 2019 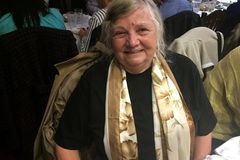 What the new budget means to your bottom line, Boyd Group’s stellar rise and a new pot ETF holding: What you need to know in investing this week
Subscriber content
March 24, 2019 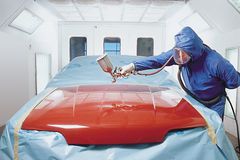 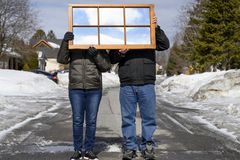