Long before winter rolls around, Kelsea Krawetz is already plotting how she’ll hit the slopes without it having a chilling effect on her bank account.

The 24-year-old Whistler, B.C.-based woman spends almost every weekend skiing, so keeping the cost down is key — and it all starts before any powder hits the ground.

The cost of a day of skiing or snowboarding varies wildly depending on the location, time of year and day of the week. Without a season’s pass, a day on the slopes can cost anywhere from $25 to $250. Snow-Online.com’s 2018 price comparison of more than 300 ski resorts in seven countries puts the average price for a peak-season, one-day adult lift ticket in Canada at $96.

To take advantage of early-bird savings, Krawetz usually decides in the warmer months whether she should buy a season’s pass, which gets her onto the hill or mountain. It also sometimes lets her ski and snowboard at other locations and gives her discounts on lodge purchases, lessons, equipment rentals and tuning, lift tickets for friends or other winter activities hosted at resorts.

Season’s passes can stretch from a few hundred dollars to thousands, depending on the number of hills and mountains they give you access to. Many are priced much lower in the spring and summer than in the winter. Passes Krawetz has bought long before the season, for example, have cost nearly $600 less than in winter.

Krawetz also recommends people use the skiing and snowboarding off-season to start saving because both sports require gear, paying to access hills or mountains and often involve travel and accommodations.

“I try to think like six months ahead of time,” says Krawetz. “Right now I need to buy a ski pack and I can’t find the money for it, so I have to pre-plan.”

If you want affordable access to skiing or snowboarding once the season rolls around, Krawetz recommends considering off-peak hours, which often come with discounts, or looking out for students, ladies or community nights, where she’s seen prices dip as low as $10.

For example, Sun Peaks Resort, not far from Kamloops, B.C., hosts a High Five Day, where some food for the Kamloops Food Bank and a donation of at least $5 will get you on to the slopes.

Krawetz also advises people to consider local mountains, which can be less costly than some of the more famous ones. Of the spots she skis at, Krawetz has noticed Resorts of the Canadian Rockies, whose properties include Kicking Horse Mountain Resort, Kimberley Alpine Resort and Fernie Alpine Resort, has the most expensive season pass and Whistler the priciest day pass.

To offset the expense of passes the lift tickets, Krawetz looks to used gear. She trawls online marketplaces Craigslist and Kijiji, Facebook groups and local stores for deals.

She also recommends programs run by two outdoor apparel companies. Mountain Equipment Co-op, she says, has an online gear swap page and Patagonia operates Worn Wear, an initiative that allows people to buy and trade their used ski and snowboard clothing and gear for credit at their store.

“Everyone kind of wants the newest and greatest thing, but ski and snowboard technology doesn’t change that much from year to year, so there’s usually got a lot of really good things online and I’ve got some for like half the price,” Krawetz says. “It really helps.” 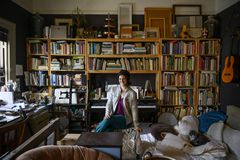 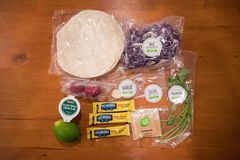