Guaranteed investment certificates are the investing world’s version of the Keep Calm and Carry On sign.

GICs have been their inert self during the coronavirus crisis, which is to say they have done nothing but pay interest. GICs at best today yield in the 2-per-cent range for terms of one through five years. Four weeks ago, while stock markets were peaking, those returns looked pathetic.

Today, not so much. The S&P/TSX Composite Index is off its late-February peak by about 30 per cent, and more declines are a real possibility. How can stocks not go lower when we don’t know how badly the economy will be affected by social-distancing measures meant to control the virus?

GIC rates should be in the toilet right now because that’s what rates broadly do in times of economic stress. But GIC rates follow a similar path to mortgage rates, which have risen lately as lenders price rising default risk into borrowing costs.

We have crashing stock markets and resilient interest rates. Do we also have rising enthusiasm for GICs?

“I have not seen a big rush into GICs, like in 2008,” said Mary Rygiel, owner of Conservative Investors’ Services. “I think people are mostly concerned about the coronavirus and their health.”

Brandon Brot, a principal at GIC Wealth Management, said there hasn’t been an increase in GIC purchases at his shop, either. But another trend has emerged that does suggest conservative types have had their fill of the stock markets for now.

Those who are investing in GICs are committing larger amounts, Mr. Brot said. Just recently, he handled investments of $300,000 for one client and $600,000 for another.

“Where people have used GICs as part of their strategy, it now seems like GICs are going to be all their strategy for the next few years,” Mr. Brot said. “People see what’s going on [in the stock market], and they don’t want to deal with it any more.”

Both Ms. Rygiel and Mr. Brot said clients have mainly been choosing two- and three-year terms. Five-year GICs are of less interest because there’s minimal reward in locking in money for that long. It’s not unusual to see five-year rates that are just 0.1 of a percentage point higher than the three-year term.

GICs have a flaw that has to be addressed in the context of the economic uncertainty ahead and the potential for people to need cash suddenly. While stocks and bonds can be sold on any business day, GICs are locked in. The exception is cashable GICs, where you accept a lower interest rate to get liquidity.

One reader contacted me lately about breaking a GIC as a result of changing financial circumstances. Mr. Brot said he hasn’t had a client ask to get out of a GIC, but his firm has handled these requests in the past. He said GIC issuers have their formulas for setting breakage penalties and that some firms are more easygoing with these requests than others.

Stay away from GICs if you want easy access to money, and instead use a high-interest savings account. Quite a few alternative banks and credit unions are offering rates in the area of 2 per cent for accounts with no fees or conditions. Some of these banks let you pay bills from your high-interest account, which makes them especially useful for people who think they will need to use money they’re holding in reserve.

If GICs make sense, consider laddering equal amounts in terms of one through three years. One more consideration is whether to buy your own GICs or use a deposit broker.

The very best rates are typically available from issuers that deal directly with investors. Brokers provide a range of services like ensuring you stay within the limits for deposit-insurance plans. Example: Mr. Brot said he recently made three investments of $97,500 in GICs from issuers who are part of Canada Deposit Insurance Corp.

CDIC insures combined principal and interest to a maximum $100,000 per eligible account. Do you need to worry about whether CDIC protection is solid in today’s uncertain world? No. We’re a long way from that.

What the Street is saying as U.S. stocks seesaw ahead of vote on stimulus deal
March 25, 2020 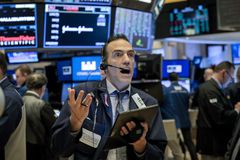 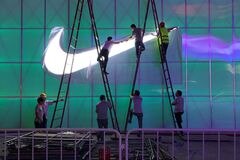 Big Oil may have to break dividend taboo as debt spirals
March 25, 2020 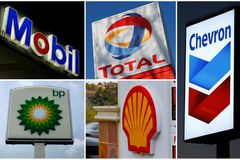