Every financial market you can think of is in an uproar right now, but not Toronto real estate.

Sales of houses and condos for the first week of March were up 47 per cent over the same period last year and average prices rose 18 per cent, said John Pasalis, president of Realosophy Realty, a real estate brokerage that specializes in data analysis.

“Sales are still strong, there are still lots of bidding wars, open houses are still packed,” Mr. Pasalis said. “There’s no slowing down right now, from what we’re seeing at least.”

Stocks have fallen hard since the last week of February in Canada and globally because of fears that the coronavirus will hurt corporate profits, and interest rates are plunging because of fears that the economy will fall into recession. Gold used to be the financial asset people turned to provide a storehouse of value in uncertain times, but gold prices have been up and down since the stock and bond markets turned volatile.

Might home buyers be thinking along the lines that Toronto housing is the new gold? “Kind of – it feels like that,” Mr. Pasalis said. “There’s a mood now where people want to buy investment properties. It’s like this real need to stock up on as much real estate as possible.”

Toronto real estate could well be a lagging indicator, which means that the effects of what’s happening in global financial markets won’t be noticeable until weeks from now. But Mr. Pasalis said there’s a sense among buyers, fed by commentary from economists and the housing industry, that the only thing to worry about in the Toronto market is a lack of properties on sale.

“The problem with this is that it makes people think prices can only go up,” he said. “Of course, that’s not the case.”

Mr. Pasalis sees vulnerability in the fact that condo prices are soaring as a result of buying by investors who plan to rent their units, but growth in monthly rents has faded. This could make it harder to generate the monthly income needed to carry the mortgage on an investment property.

The market for single-family homes has its own problems. “It’s not healthy,” Mr. Pasalis said. "It’s so competitive and we’re seeing a lot of irrational prices being paid. People are offering prices that make zero sense.”

Concern about the economy falling into recession has led to a sharp decline in interest rates for all kinds of borrowing – government bonds as well consumer loans, lines of credit and mortgages. But home buyers and people in the real estate business don’t see these rate cuts as a warning sign about a lack of security for jobs and incomes, Mr. Pasalis said. “These cuts actually get people excited about the market.”

The last time stocks plunged on a sustained global basis was 2008-09, which turned out to be a great time to get into the housing market. Owing to rapidly falling interest rates, houses became much more affordable. Prices then soared in many cities – enough so that early buyers have seen the value of their home double or triple over the years.

If the coronavirus burns out soon and the global economy rebounds, Toronto house and condo prices could rise enough to justify the aggressive buying going on right now. But if there is an economic slowdown or recession, housing could very well be hammered even if rates fall to zero.

In 2008-09, there was a deep well of consumer borrowing power for the housing market to draw from. Since then, people have borrowed nearly to the point of saturation. The credit monitoring firm TransUnion Canada says average non-mortgage debt balances fell 0.5 per cent on a year-over-year basis in the final three months of 2019. Mortgage debt soared 17 per cent, but can this be sustained in a weakening economy?

Mr. Pasalis says he believes the big risk to the Toronto market is neither what’s happening in financial markets nor the coronavirus, unless it gets bad enough to cause a lockdown in the city. To him, the bigger problems are in the market itself.

Fixed or variable? The coronavirus crisis has made one the better pick for mortgage shoppers this spring
March 11, 2020 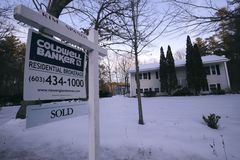 Opinion
How’s an ordinary investor supposed to save for retirement in these crazy markets? Four experts share their views
March 11, 2020 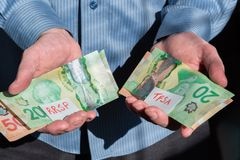 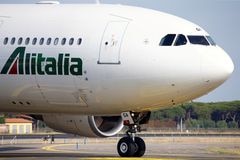