The biggest impediment to clear thinking about retirement is the idea that we should be done working by the age of 65, max.

There are competing theories on why 65 is the standard retirement age – what they have in common is that they all date back decades to a time when life expectancy at birth was far below the 2018 average of 79.9 years for men and 84.1 years for women.

The modern world has given us a decade or more of extra life on average, and many people will live longer than that. The second-fastest growing age group in the previous census was centenarians – people 100 years or older. Our thinking about retirement has been slow to adapt to these trends, however. That’s unfortunate because working past 65 is one of the most effective stress reducers in financial planning and a natural response to longer lifespans.

Some people definitely get this – they want to work past 65 either out of necessity or to stay busy. But the consensus tilts to an earlier retirement. In a survey on registered retirement savings plans released Thursday, Bank of Montreal found that Canadians plan to retire by the age of 62 on average.

This is last-century thinking that probably still works for baby boomers, but ignores the needs of generations X, Y and Z. Given how much houses cost to buy and to own, how expensive daycare is in some cities, how much people are spending on their vehicles and how much debt they’re carrying, no amount of financial planning is to going to serve up automatic retirement by the age of 65.

Later retirement is not a novel concept. Statistics Canada numbers show that over the past 20 years, the average age of retirement rose to 64.3 from 61. A small subset of retirement advice focuses on a phased withdrawal from the working world after 65 – you leave the day-to-day grind behind while working in a limited way. For more on that, check out the book Victory Lap Retirement.

We also have to recognize that working past 65 is not realistic for some people, including those in physically demanding professions – such as nursing – people with health problems and those who have been downsized out of a job late in their career.

Over all, working past 65 is seen as the last-ditch option of retirement planning. Even while some people want to keep working to stay active and sharp, the prevailing sentiment is that staying in the work force is somehow a failure of planning.

That’s fine for the people who have worked a lifetime in jobs with defined benefit pension plans that pay them monthly cash for life, and for high earners who have saved enough to retire at their discretion. Everyone else should consider the benefits of retiring after the age of 65, specifically that you’ll have more years to save for retirement and fewer years of drawing on your savings.

If you make it to the age of 65 in Canada, the Organization for Economic Co-operation and Development says you’ve got another 19.3 years on average as a male and 22.1 years as a female. Talk to financial planners and they’ll often say their retirement plans typically project lifespans of 90 or 95 years.

You could spend two decades in retirement if you work to 70 and live to 90, compared with the 10 years you might have expected on average 50 years ago if you retired at 65. Today’s seniors can work longer and still have more leisure years in retirement.

It’s time for the financial advice industry to adapt to the changing reality of retirement. Sure, help the fortunate ones bail on their jobs at or before 65. But be aggressive in showing others how their retirement outlook brightens when they push off the age they stop working to 67 or 70. Note: Both the Canada Pension Plan and Old Age Security offer higher payments if you delay as late as 70.

Opening your mind to working past 65 eases the worry of throttling back on retirement saving in the home buying and daycare years. It also soothes the worries of young adults who have trouble getting their careers going after graduation.

We can keep pretending it’s normal for people to buy houses, raise kids and save for retirement at the age of 65, but that’s both delusional in many cases and unnecessary. It’s time to stop acting like retiring past 65 is a sign of failure.

Life insurance can be a core strategy for retirement savings
January 30, 2020 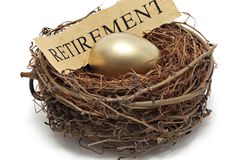