Whether you’re a first-time home buyer, a parent, a working stiff or a senior, there’s something for you in the election platforms of the federal political parties. Regardless of who wins on Oct. 21, there will be money. Let’s track some highlights of who’s offering what to whom:

The Liberals would expand the First-Time Home Buyer Incentive, which they announced in their past budget. The program helps lower- and middle-income buyers by providing an interest-free loan to bulk up their down payment and thereby reduce mortgage costs. The proposed changes target Toronto, Vancouver and Victoria by raising the maximum eligible home price considerably to $789,000.

A much simpler and thus preferable approach has been proposed by the Conservatives and NDP – they would allow first-time buyers with down payments of less than 20 per cent to amortize their payments over 30 years instead of the current limit of 25. A 30-year amortization means lots more interest, but it syncs well with people both working and living longer.

The Conservatives go too far on housing by saying they would look at easing the mortgage affordability stress tests that federal regulators require home buyers to pass. Politicians should let regulators do their work in keeping the housing market from overheating.

Both the Liberals and Conservatives have proposed a broad cut in income taxes. Philosophically a bit different, these tax cuts have one commonality in that none would make a huge difference financially.

The Conservatives’ Universal Tax Cut gradually lowers the tax rate on the lowest tax bracket to 13.75 per cent from 15 per cent. The party says this move would translate to an extra $850 for a couple earning average salaries.

The Liberals say they would increase the basic personal amount, which is what you can earn without paying taxes, by close to $2,000 over the next four years to $15,000. The average family would get an extra $600 from this tax cut.

Now, for the philosophical part: While the Conservative tax cut would apply to all, the Liberals would target the full extent of their tax relief to people making up to $150,605 and eliminate it entirely at $214,557. Which measure you prefer will depend in part on whether you think tax fairness means lower taxes for all or just for those who don’t earn mega-salaries.

Here, we have contrasting approaches by Conservatives and Liberals. The Conservatives want to reintroduce the fitness and arts tax credits for children up to the age of 16, which you claim when filing your taxes. Together, they add up to $225, maximum.

The Liberals eliminated those tax credits as part of a reorganization of programs that produced the Canada Child Benefit, which pays out tax-free cash to parents. The Liberals would add an extra $1,000 in benefits for parents of children below the age of 1.

Both parties also promise to remove taxes on maternity and parental benefits, although the mechanics differ on how they would go about it.

In dollar terms, the Liberals have the advantage. They’re proposing to increase Old Age Security payments for people at the age of 75 and up by as much as $729 a year, and they would also improve the often-criticized Canada Pension Plan Survivor’s Benefit by up to $2,080 a year.

The Conservatives plan to raise the seniors’ age amount tax credit by $1,000, which means an extra $150 a year at most.

The Liberals say they would lower cellphone bills by 25 per cent, while the NDP would put a price cap on cellphone and internet services that would save families almost $250 annually. Anyone doubt cellphone companies will find stealthy ways to make up any lost revenue?

A special note for high-net-worth individuals

The Liberals plan a 10-per-cent luxury-goods sales tax on purchases of a car, boat or airplane costing $100,000 or more. That’s a minor irritant compared with what the Greens and NDP are talking about.

The NDP and Greens are proposing a wealth tax of 1 per cent on net wealth above $20-million, and both parties have plans to boost taxes on capital gains. The NDP would move the inclusion rate to 75 per cent from the current 50 per cent, while the Greens would tax 100 per cent of capital gains.

The biggest winners from measures such as these may be the tax advisers and accountants who will be called upon to find ways to shelter income and wealth from taxes.

Personal use of work smartphone, laptops by employees may become more of tax headache for Canadian employers
October 10, 2019 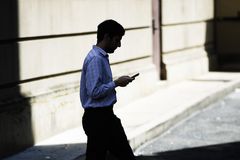 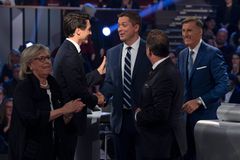 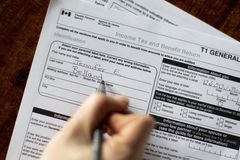