The affordability of houses for first-time buyers has somehow become one of the country’s biggest personal-finance challenges.

The Liberal government has produced a full life-cycle budget – help for students, for young home buyers, for Gen Xers thinking about buying electric cars and for retirees and those looking ahead to retirement.

But the measures for first-time buyers are what really stand out on the personal-finance side. One of them, the First-Time Home Buyer Incentive, looks helpful in a preliminary way. Important details, notably on repayment terms, will be released later this year with a planned September, 2019, start date. What we know so far is that a fund administered by federal agency Canada Mortgage and Housing Corp. will provide 5 per cent of the cost of an existing home and 10 per cent of a new home to qualified buyers through what amounts to an interest-free loan repayable when the mortgage is repaid.

Users must have a down payment of at least 5 per cent, but less than 20 per cent, and annual household income of less than $120,000. Also, the purchase price of a home cannot be more than four times household income. Effectively, this limits purchases to just less than $480,000, which is close to the national average price for resale homes but well below prices in the Vancouver and Toronto areas.

This brings us to the second budget measure for first-time home buyers – an increase in the maximum tax-free withdrawal from registered retirement savings plans under the federal Home Buyers’ Plan (HBP) to $35,000 from $25,000, effective immediately. People will also be able to use the HBP if they experience the breakdown of a marriage or common-law partnership and don’t meet the usual requirement of being a first-time buyer.

The HBP is an unfortunate program. Almost 450,000 people used it between 2012 and 2016, so it’s an essential home-buying tool. But it also encourages young people who are smart enough to start saving for retirement to undo that good work so they can buy a house.

Some backhanded help for young home buyers comes in welcome changes to the interest rates on student loans issued by the federal government. The budget estimates total savings of $2,000 for the average borrower as a result of these measures, which means they will be able to exchange their student debt for mortgage debt sooner. Or, car debt. The budget includes an incentive of up to $5,000 for people buying electric battery or hydrogen-fuel-cell vehicles with a list price less than $45,000.

Starting in 2019-20, the interest rate on the overwhelmingly popular floating-rate version of federal student loans falls from the prime rate plus 2.5 percentage points to prime. Fixed-rate loans fall to prime plus two percentage points from prime plus five points. Both current and new borrowers will benefit on their student loans. Further relief comes from a move to eliminate interest charges on student debt during the six-month grace period on loan payments, which starts when a student graduates.

Help for low-income seniors receiving the Guaranteed Income Supplement comes in the form of changes that will allow them to earn more income without some of their GIS benefits being clawed back. Starting next year, the amount that can be earned without affecting benefits will rise to $5,000 from $3,500. There will also be an additional 50-per-cent exemption of up to $10,000 that applies on top of the $5,000 amount.

The budget also opens up a new financial-planning option for people who are worried about outliving their money in retirement. Advanced life deferred annuities offer a way to invest a lump sum of money to create a guaranteed income stream starting at the end of the year you turn 85. The budget said measures allowing these annuities take effect for the 2020 tax year.

An unexpected group of retirees are addressed in the budget – those who were contributors to the Canada Pension Plan and reached 70 or older without applying for their retirement benefits. Starting next year, these people will pro-actively be enrolled for benefits. The government says about 40,000 people over the age of 70 are missing out on CPP payments averaging $302 a month. Benefits will be applied at the higher rate people get for delaying benefits until the age of 70, rather than starting them the at the standard age of 65 or as early as 60. 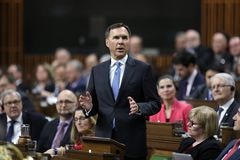 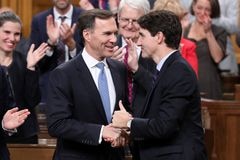