Going through a tax audit is about as much fun as a root canal, so you’d be wise to avoid the red flags that could trigger one. I often tell the story of the man who wrote a letter to the Canada Revenue Agency a few years ago: “Dear Sir/Madam: I have been cheating on my taxes for the last eight years and I’ve been losing sleep at night. Please find enclosed a cheque for $50. P.S. If I still can’t sleep at night, I’ll send you the rest.” This, of course, would be the ultimate red flag.

But who is at the highest risk of being audited? And how can you avoid the ordeal?

Let’s take a look at the CRA’s approach and see whether you should be concerned.

A few years ago, the CRA did research on the effectiveness of random versus targeted tax audits. The results were published in its 2010-11 annual report to Parliament and showed that random audits detected significant non-compliance in just 12.2 per cent of cases, while targeted auditing based on risk assessment detected significant non-compliance in 46.7 per cent of cases.

Today the CRA’s preferred approach is to identify high-risk areas and focus audits there. In fact, the federal government has proposed increasing funding to the CRA by $1.21-billion by 2024-25 to hire new auditors and improve tax compliance. Ottawa expects to collect $5.82-billion more in taxes as a result.

What does this mean for you? Your chances of being audited have increased, particularly if you possess certain characteristics.

Deductions, credits and the facts about tax savings

As a startup, are you taking full advantage of tax breaks?

Taxpayers who fit the following profiles should be particularly careful and prepared to support their income, deductions and credits:

1. You’ve sold real estate. The CRA is focusing much attention here. In fact, the 2019 federal budget has allocated $50-million to the CRA over the next five years to create four new dedicated real estate audit teams. Their mandate is ensuring that taxpayers are reporting sales of principal residences, that principal-residence-exemption claims are legitimate, that capital gains on transactions are identified and that profits from “flipping” transactions are reported as regular income rather than capital gains, among other things.

2. Your income doesn’t match your postal code. If your income is significantly less than those of others in your neighbourhood, you’re at risk of an audit. The CRA could initiate what’s known as a “net worth audit,” which can result in an arbitrary assessment that allows the taxman to use various tools to impute income to you.

3. You’ve got discrepancies with third-party information. If your tax return doesn’t jibe with other information the CRA has received from third parties, you could be audited. If, for example, the income you report from your employment is inconsistent with the T4 slip that your employer has reported to the CRA, or your interest or dividend income is different than the T5 slips filed by your financial institution, you could have a problem. The good news? You or your tax professional can now download the details of your tax slips directly into your tax preparation software so that the numbers agree.

4. There are notable changes from the previous year. If you report significantly different levels of income (particularly self-employment earnings) from one year to the next, or report deductions or credits that are inconsistent with past filings, the taxman could ask questions. These questions may simply be a review (asking to see donation or medical receipts, for example) or could lead to an audit.

5. You’re reporting rental or business losses yet again. If you consistently report rental losses, the taxman may audit you to ensure you’re charging fair market rents (particularly a risk when renting to a relative). Similarly, recurring business losses could alert the taxman that you’re really operating a hobby, not a commercial activity, which could result in losses denied.

6. You’ve failed to respond to CRA requests. If the CRA asks you for information or to file a return and you fail to send it to them, you’re at risk of being audited. You want to meet the taxman’s requirements, but if you think the CRA is asking for too much, speak to a tax lawyer. 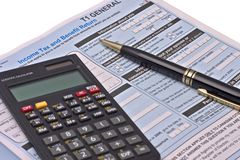 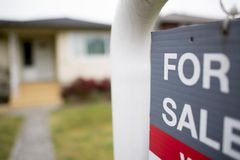 Why we should have a tax-free option for workplace pension plans
April 9, 2019 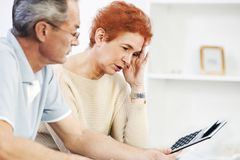