Financial stress is all about not saving enough.

Income levels play a role, too, but not as big as you might think. Generational differences between, say, millennials and older people mean little.

These are the findings of a report released Monday by the Canadian Payroll Association (CPA), which has been a leader in documenting the significant levels of financial stress at the household level.

The report helps lay out a path to feeling better about your finances: You need to do what’s necessary to start saving money.

The report is based on research carried out with the help of academics at the Western-Laurier Financial Data Analytics Laboratory. Eleven years of data on financial stress, based on more than 35,000 survey responses, was considered.

It became apparent when looking at the numbers that a high income doesn’t necessarily insulate you from financial stress. At a low level of household income, below $50,000, half of people were financially stressed. With much higher income of at least $150,000, the researchers still found that a hefty 20 per cent of people were experiencing financial stress.

There also doesn’t seem to be much point in trying to assess financial stress generationally. Half of those feeling stressed about money were over the age of 40 and half were under.

Financially comfortable people are able to cope with a financial setback such as a missed paycheque. They have a habit of saving money and make a priority of work-life balance over maximizing salary, a CPA summary of the report says.

People feeling financial stress find it hard to manage a financial setback, save little or none of their income and place a greater emphasis on salary. They are also the most indebted and most likely to report that their debts increased over the past year. Financially coping people fall between the two extremes.

Parents, you’ve probably noticed this with your children. Some people are born with an instinct to save money, others to spend. This behaviour can be changed – it’s not destiny.

The CPA and its members care about financial stress because they estimate it costs the economy almost $16-billion annually in lost productivity through worker inattentiveness and absences from work. The CPA has developed a Pay Yourself First program in which workers can have part of their pay directed automatically into a savings account.

Only about 55 per cent of employers offer this program, which is a shame because it’s exactly what’s needed. If you want to exchange the spending mentality to become a saver, you need to prioritize saving over spending.

This isn’t advanced personal finance – you can easily set up transfers every pay day from your chequing account to a high-rate savings account at any number of alternative banks. But there’s definitely something to be said for having this transfer done automatically by your employer when you get paid.

The question all aspiring savers must answer is where the money will come from. Budgeting or tracking spending may help free up some money, but debt reduction will be necessary in many cases. It may take a year or two of debt reduction to clear the way for consistent savings, which is fine.

The reward for all this hard work is less financial stress. Save more, feel more comfortable about your finances. By the way, there’s plenty of financial stress to go around. The CPA says its latest survey numbers show 43 per cent of people are living paycheque to paycheque, compared with 44 per cent last year. In other words, they would find it difficult to meet their financial obligations if their paycheque was delayed by just a week. 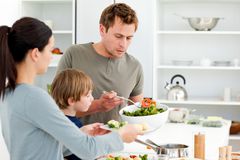 Financial stress and the Bank of Canada: How interest rates might fare from here on in
Subscriber content
March 26, 2019 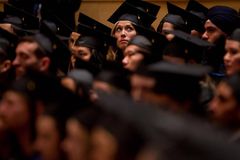