It seemed a victory for investors when the federal government allowed the cost of having RRSPs, RRIFs and TFSAs managed by an adviser to be paid with money from an outside account.

If your adviser works on a fee-based arrangement, you might pay 1 to 2 per cent of the value of your assets to have an account managed. Wouldn’t it be better to leave that money to grow over the years in your registered account and pay those fees with outside money?

The answer is yes for tax-free savings accounts, a new report from the tax and estate planning people at the Canadian Imperial Bank of Commerce says. For registered retirement savings plans and registered retirement income funds, it may actually make sense to pay your fees from within your plan. According to CIBC, it all depends on your tax bracket, age and the rate of return you’re targeting over the long term.

“If you’re expecting high rates of return and your time horizon is in the decades, then it may make sense to pay RRSPs on the outside,” said Jamie Golombek, CIBC’s managing director of tax and estate planning and a co-author of the report with Debbie Pearl-Weinberg and Tess Francis.

The federal Department of Finance gave the all-clear to pay RRSP, RRIF and TFSA fees with outside money last fall after a review of whether people doing this would have an “unfair advantage” that artificially shifts value into a registered plan. A stiff penalty can be applied to an unfair advantage.

The analysis by CIBC notes that when you pay RRSP fees with outside money, you’re using after-tax dollars. If you pay from within an RRSP, you’re using pre-tax dollars. Remember: You get a tax deduction when you contribute to an RRSP, and you pay tax on your withdrawals later on in retirement.

CIBC built an example using someone who pays $100 in RRSP fees and is in the 30-per-cent tax bracket while working and in retirement. If this person pays the $100 fee from an outside account, then that’s the cost, period. If the fee is paid from within the RRSP, CIBC argues that the real cost is only $70.

Here’s CIBC’s reasoning: When you pay the $100 fee from within the RRSP, you never take that money out of the plan and incur a tax hit of 30 per cent. You could say that you’re paying $70 of the $100 fee and the government is paying $30 via the amount it would have taken as tax if you withdrew $100.

The counter-argument is that paying fees out of your RRSP depletes the amount of money that can compound in your account over the years on a tax-sheltered basis. The CIBC report said it’s possible to calculate a break-even point where you get more benefit from paying fees outside your RRSP than you do from inside.

Someone in the 30-per-cent tax bracket who pays $100 in fees in Year One from within an RRSP that has an initial value of $10,000 would need 25 years to break even on those fees, if we assume average annual returns of 5 per cent. With a higher rate of return, the break-even point comes sooner.

Your tax rate also affects the break-even point. The higher your tax rate on RRSP withdrawals, the better the tax savings from paying your fees from within your plan.

For TFSAs, “it seems pretty clear they should be paid from outside to maximize the tax-free growth from within the plan,” the CIBC report concludes. “For RRSPs and RRIFs, this is not an easy question to answer, as it will depend on your investment time horizon, expected rates of return and tax rates.”

All of this suggests it may be fine to continue to pay fees from within an RRSP if you’re retired. You might have decades ahead of you, but your portfolio is likely to be conservatively built and not generating big returns. Younger people, with many decades ahead of them and more aggressive portfolios, should consider paying their RRSP fees outside the plan.

Paying your RRSP advice fees isn’t a make-or-break thing, though. “Many, many people would be just fine over the long term by keeping things as they are, which means paying from the RRSP,” Mr. Golombek said. 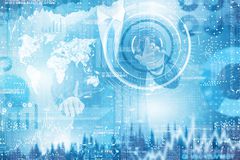 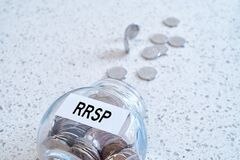 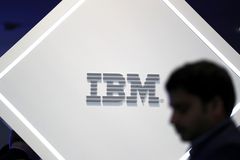