You can’t have a housing market as frenzied as ours without some people experiencing buyer’s regret in the months and years to come.

Having a variable-rate mortgage would help take the edge off. With a variable rate, the penalty for breaking your mortgage is typically far lighter than with a fixed-rate mortgage. You can change your mind about your house and move without being financially crushed.

Buying a house today is the financial equivalent of a python eating a pig. The only thing getting that pig down is low interest rates, which means securing the lowest possible mortgage cost is a priority when you buy a home and renew.

Especially right now, there’s some hard analysis to be done on whether a variable- or fixed-rate mortgage will deliver the lowest cost. Variable-rate mortgages are cheaper today, but what happens when the Bank of Canada starts raising interest rates? Meantime, fixed-rate mortgages have been on the rise lately from rock-bottom levels.

A thought for people who aren’t positive they’re going to last five years in the house they buy: Go variable.

Mortgage-industry estimates of the percentage of people who break a mortgage before maturity range from 33 per cent to 60 per cent. “People underestimate how much life circumstances can change in five years,” said Leah Zlatkin, mortgage expert for LowestRates.ca and principal broker at Brite Mortgage Inc. “There could be a relationship issue, there could be a job issue, there could be bad health. You might need a different school for your toddler.”

The pandemic just adds to the uncertainty of staying in a home five years. If you move to a small town to take advantage of remote work, might your employer want you back in the office at least part of the time? If you’re moving to a smaller town, will the fit be right for you and your children? In the pandemic, people have made snap decisions about housing under stressful conditions.

It may be possible to “port” your mortgage if you sell a home in the middle of your mortgage term and buy something else. That means transferring the mortgage to your new home and, if necessary, taking on more mortgage debt at a rate that gets blended with your existing rate. But if your lender doesn’t allow porting a mortgage or you decide to sell and rent, then you’ll need to break your mortgage.

Ms. Zlatkin said she recommends to almost all her clients that they take a variable rate these days. The lighter breakage penalty is the reason.

Suggestion: Shop mortgage penalties as well as rates when arranging a mortgage. Ask whether a particular lender has favourable IRD penalties or, if comparing two lenders, find out which would charge you less to break the mortgage.

Eighteen per cent of people who bought a house last year went with a variable rate mortgage and 17 per cent of renewals made that choice, says the latest Annual State of the Residential Housing Market report from Mortgage Professionals Canada, representing mortgage brokers. However, recent stats suggest a much higher percentage of buyers are going with a variable rate.

You can get a five-year variable-rate mortgage these days at the prime lending rate of 2.45 per cent minus one percentage point or more. A well-discounted five-year fixed rate can still be had for 2.09 per cent.

You run a risk with a variable-rate mortgage that interest rates will chug steadily higher during your term, costing you more interest. The pandemic reminds us of another mortgage risk – that you’ll change your mind about the home you bought and have to pay a big penalty to break a mortgage. 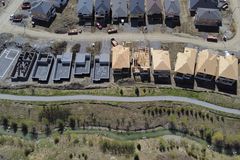 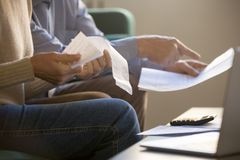