Although house prices have soared in many places, we still to a large extent tell ourselves that home ownership is doable if you save hard and have a decent job.

It’s kind of a lie in some cities, and young adults are noticing.

A recent poll covered in this column indicated that 40 per cent of 18- to 37-year-olds believe their generation is mostly or much worse off than their parents, and 54 per cent said the economic system in Canada benefits other generations over theirs. To find out more, we invited our millennial readers to fill out a short questionnaire asking them about their work history, about their experience with home ownership and about what makes them both angry and hopeful.

We ended up with responses mainly from twenty- and thirtysomethings in cities with expensive housing markets (check out the Voices From the Housing Market gallery here). The people featured in our gallery have jobs – employment isn’t a big issue. But most are either unable to afford to buy a home, or financially stressed as owners.

Home ownership, a routine life event for previous generations, has become a disrupting force for millennials and demands wider attention. Politicians, the growing power of millennial voters means you could lose a future election if you don’t get housing right. Baby boomers, how are you going to lock in those juicy profits on your house if young people aren’t able to buy and keep the market buoyant?

The young adults who offered us their thoughts are also worried about raising a family and retirement. A few said they weren’t having as many kids as they might have, and traditional retirement was described as “unimaginable” in one case. One person in our gallery said she and her husband “plan to work until the bitter end.”

But frustration and distress related to home ownership is the most striking aspect of the responses we received. “My wife and I have virtually ruled out the option of owning a home in Toronto,” said Toronto’s Patrick DeRochie, 31.

We tend to push back against angry millennials by describing them as superficial hedonists who won’t bear down and work hard like their parents did. The seven people featured in our gallery are just the opposite. There’s a chartered professional accountant (CPA), a director of a fashion agency, the founder of a small business that makes custom packaging and an assistant school principal. Almost all of the seven live in cities with expensive housing – Toronto, Hamilton, Vancouver, Victoria.

One exception is the assistant principal, Matt Matheson, who moved with his wife to the small community of Fort Saskatchewan, Alta., as a cheaper alternative to Edmonton. He thinks that one generation feeling resentment toward another feeds a victim mentality.

Others in our group focused on their frustrations about not being able to buy a house in a society that puts such a premium on ownership or, in some cases, find affordable rent. Ian Borsuk, a 27-year-old renter in Hamilton, articulated millennial resentment in a way that demands attention from politicians and boomers. “I’m tired of people who had the luck to be able to afford a home 20 years ago being able to seemingly veto any political or cultural shift my generation is pushing for, such as addressing income inequality, climate change, etc.,” he said.

Attitudes about government weren’t all bad, though. A few of the millennials in our gallery praised recent initiatives by federal and provincial governments to slow the pace of price increases in housing markets.

Everybody wants young adults to prosperously own houses – their parents, their bankers, governments and people in all the parts of the economy living off the housing market. But it’s not happening for a lot of young adults living in cities with expensive housing markets. Many are either shut out of the market or boxed in by their mortgage plus the other costs of owning a home. With mortgage rates rising, the overall cost burden is rising.

We can keep on telling young people that home ownership is doable if you save hard and have a decent job. It’s true in a lot of communities around the country, but not in several of our largest cities. When will we acknowledge this and do something about it?

Opinion
What about the poor multimillionaire homeowners?
June 8, 2018 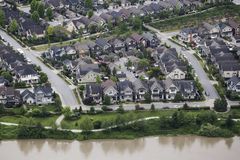 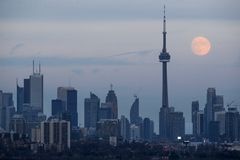 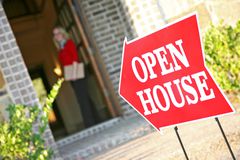