In a video taken through the windshield of Dung Le’s 15-year-old Toyota Echo, an oncoming car breaks the monotony of a wide, nearly empty street on a quiet August morning in a sprawling residential Edmonton neighbourhood.

As it approaches, the car leaves its lane as though turning into a driveway, then straightens and aims head-on at Mr. Le’s car. There’s a crashing noise, the dashcam is jolted upward to focus on empty blue sky and a man’s voice is heard saying, “What happened? What happened?”

Le, who is originally from Vietnam, said the footage from his dashcam made it easy when downloaded later on to show exactly what had just happened.

“Lucky I had the dashcam camera when that lady went from the other side into my lane and hit my car. My car is a total writeoff,” the 52-year-old man said in an interview. “My shoulder and my neck are in pain, sore.”

Dashboard cameras, commonly used in police cars and other emergency vehicles, are increasingly being installed in personal vehicles by motorists who want to bring along an impartial witness when they hit the road.

“For a category that didn’t exist 10 years ago, it’s becoming more and more popular,” he said.

The units sell for between $200 and $500, he said. Installation, which involves running wires to the camera for power and fixing it in place, takes two to four hours.

Generally, the more expensive units have the most options, Mr. Bruce said, including a second camera for the back window, higher resolution picture quality, larger storage cards, GPS for estimating speed and WiFi connectivity so that the video can be downloaded to a cellphone.

The cameras start operating automatically when the car starts and run continuously, but some are also activated when the engine is off if they detect motion or an impact, such as when the car is struck by a vandal or another vehicle, he said.

The memory cards are overwritten as they fill, so the owner has to save a file separately if he or she wants to keep it.

Customers buy cameras for old and new cars alike, but Mr. Bruce said many come in after they’ve been involved in an accident or an insurance dispute where they wish they had dashcam video.

Insurance companies in Canada don’t offer premium discounts for dashcams yet, said Pete Karageorgos, director of consumer and industry relations for Ontario for the Insurance Bureau of Canada, but they might in future if they find the cameras reduce the risk of having to pay out a claim.

“Dashcams may, like GPS devices, be a distraction if they’re not properly used. So there’s that to be aware of and be concerned about,” he pointed out.

“On the other side of the coin, if someone is involved in a crash or they witness something, the good thing about having dashcam video is it really is an impartial and unbiased witness to the events.”

He recalled a case involving a collision on Highway 401 near Toronto where a vehicle stopped and then suddenly backed up and struck a following car. Typically, the driver of the following car would have been assumed to be at fault in what appeared to be a rear-end collision, but the dashcam video proved it was, in fact, a case of attempted fraud.

Without the video, the other driver could claim Mr. Le was at fault, he said. An accident reconstruction after the fact might conclude both parties were somehow at fault and split liability.

In either case, his client could be on the hook for damages and face potential insurance rate hikes, Mr. Assiff said.

“In an injury case, which is my expertise, there are always two issues,” the lawyer said.

“The first issue is liability, who’s at fault? The second issue is quantum of damages, how much is the case worth, and causation, did the accident cause the injuries?”

From a legal perspective, there’s no privacy issue because the roadway is considered a public place, he said, adding courts typically consider dashcam video to be admissible as evidence.

Protection from dishonesty is the reason Mr. Le bought his dashcam for about $69 from a website about five years ago.

A friend of his who had been involved in an accident was confident the other party would be found liable, but a key witness then gave inaccurate testimony that led to the case going against him.

Opinion
Expect a pity party for the middle class and their debt in the coming federal election Subscriber content
July 24, 2019 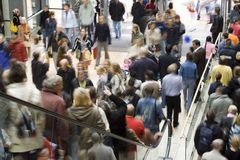 The era of higher mortgage rates was short-lived
July 17, 2019 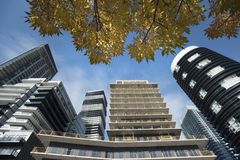 How wealthy singles looking for love can protect their riches
July 11, 2019 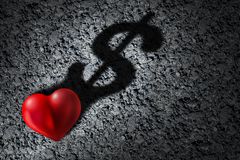